On this day in history : 5th April 1847 – The opening of Birkenhead Park, Merseyside…. Designed by Sir Joseph Paxton it is the first publicly funded park in the World….

The idea was to create a countryside landscape of open meadows, lakes and woodland – a green oasis in an urban landscape…. It was a turning point in social development at a time of poor health conditions as a result of the industrial revolution…. With its Roman Boathouse and Swiss Bridge it was meant as a ‘Park for the People’…. 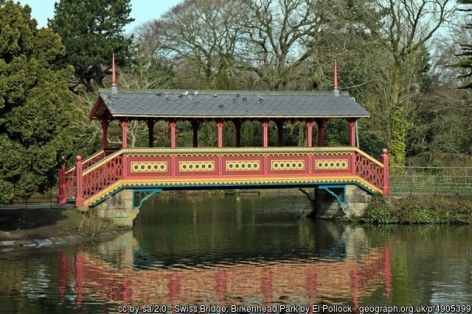 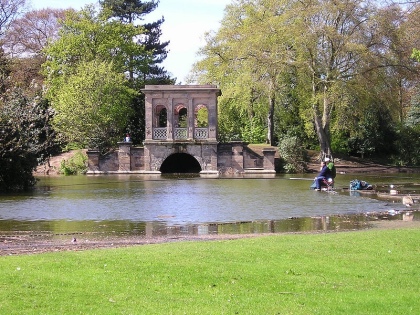 Public money was used to buy 226 acres of marshy grazing land….plots around the edge of the proposed park were sold off to help fund the project…. It took five years to complete – the design by Joseph Paxton but the building work supervised by Edward Kemp – both of whom had worked on the redesigning of the gardens at Chatsworth House…. The entrances, gateways, lodges and other structures were designed by architects Lewis Hornblower and John Robertson….

It was opened by Lord Morpeth, 7th Earl of Carlisle and around 10,000 people attended the opening…. The Park inspired the design of Central Park in New York….

Having been designated a conservation area in 1977 this was then upgraded by English Heritage to a Grade 1 listed historic landscape and conservation area in 1995…. By the end of the 20th century it had become rundown and neglected – and underwent an £11.5m renovation project which was completed in 2007…. Paths were improved, trees and shrubs replanted and the lakes emptied, cleaned and reshaped – restoring the Park to its former Victorian magnificence….

A new visitor’s centre and cafe were built and a children’s play area added…. It is home to two cricket clubs, a rugby club and has tennis courts, football pitches, bowling greens, two fishing lakes, a fitness trail and woodland walks…. Still a green oasis in an urban landscape….