On this day in history : 18th July 1817 – The death of English novelist Jane Austen, at the age of 41….who brought to us works such as Pride and Prejudice and Sense and Sensibility…. 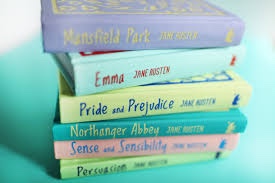 Jane, born in Steventon, Hampshire on the 16th of December 1775, appears to have been susceptible to infectious diseases throughout her life….she contracted typhus as a child – and as an adult she suffered with conjunctivitis so chronic that at times she was unable to write…. There is evidence that as early as January 1813 she was suffering immune deficiency and fatal lymphoma…. By early 1816 she was beginning to feel really unwell – but ignored the signs – putting it down to ‘a bit of bile – or rheumatism’…. By the middle of the year her health had really deteriorated….

Despite her illness Jane continued to write…. In January 1817 she had begun ‘The Brothers’….which when published posthumously in 1925 was entitled ‘Sanditon’…. As the illness progressed Jane had difficulty in walking and lacked energy….and by April 1817 she was confined to her bed….

Jane’s sister, Cassandra and brother, Henry took her to Winchester for treatment – by now she was in terrible pain and sadly on Wednesday the 18th of July she passed away…. Henry, with his clerical connections, arranged for her burial in the north aisle of the nave of Winchester Cathedral….

The cause of Jane’s death has usually been attributed to an illness such as Hodgkin’s disease, Addison’s disease or auto-immune disease Lupus…. However, there has also been speculation that she died from arsenic poisoning…. A sentence written in an old volume of Jane’s letters stated that she was feeling better and was recovering her looks a little, which had been ‘black and white and every wrong colour’…. The comments were discovered by an author who was researching Jane and having previously done extensive research on modern forensic techniques and poisons for crime novels, recognised the symptoms that could be attributed to arsenic poisoning…. Coincidently a lock of Jane’s hair, on display in an American museum, had been tested for arsenic and the result had come back positive…. It is possible the medicine she had been prescribed, possibly for her rheumatism, may have contained arsenic….