On this day in history : 23rd January 1893 – The death of Dr. William Price – the eccentric physician who set a legal precedent for cremation in Britain….

Price was born on the 4th of March 1800 near to Caerphilly, Glamorganshire – he was the son of a priest, who wanted his son to either go into the Church or become a solicitor…. But William Price had other ideas….he wanted to be a doctor….

At the age of 13 he was apprenticed to Dr. Evan Edwards, a local surgeon. In 1820 his apprenticeship came to an end and he went to London and managed to get himself enrolled in to St. Bart’s…. Within just 12 months he had passed his exams and had become a member of the Royal College of Surgeons….

He had considered travelling to India – but instead in 1821 returned to live and work in Wales…. He was an eccentric character – a 19th Century ‘Hippie’…. He liked to wear unorthodox clothing – baggy tunics, green trousers, waistcoats – and a headdress made from a fox pelt, its legs and tail dangling over his shoulders…. His long hair was tied into plaits – and he liked to run naked over the hills at Pontypridd…. 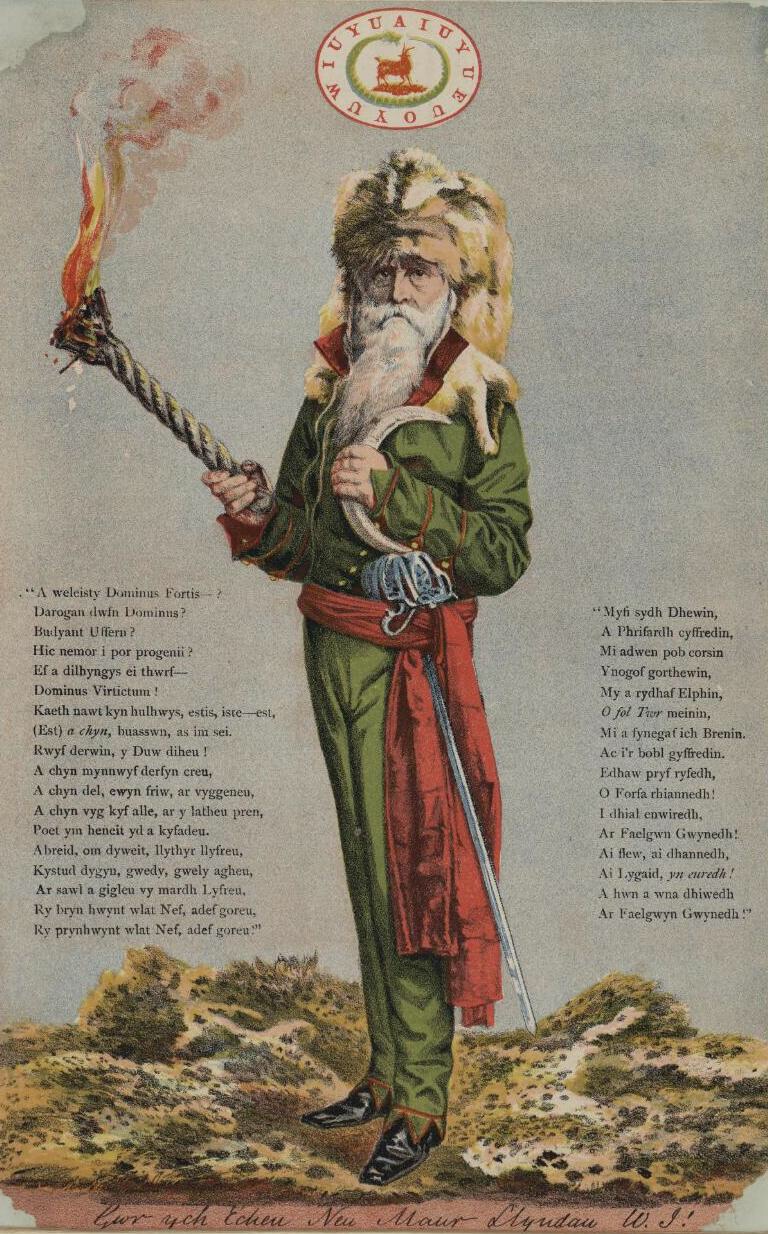 He was also unorthodox in his approach to medicine…. He shunned the usual methods of the day….the purging, bleeding and leeches – preferring to prescribe a vegetarian diet to all his patients instead of medicine…. Price ate no meat himself – and drank mainly Champagne….he also refused to treat anybody who smoked tobacco….

He was also extremely unconventional for the time in his beliefs…. He thought marriage enslaved women and practised ‘free love’ – fathering several illegitimate children in the process…. The way he lived his life caused him to fall out of favour with the Church on more than one occasion….

It was during the late 1830s that he became involved with Chartism…. The Chartist Movement being the first major push by the working classes to gain equality – the idea that all men had the right to vote. It fought for a secret ballot, annual parliamentary elections, equal sized constituencies and the abolishment of the requirement to own property in order to become a Member of Parliament…. It also demanded that MPs should be paid…. Many Welsh Chartists took up arms to fight for the cause….and Price helped them obtain them….

Price was made leader of the Pontypridd and District Chartist Group…. A report said that by 1839 he had acquired seven pieces of field artillery – no doubt to be used in the 1839 Newport Uprising – when the Chartists rose up against the authorities, resulting in several being killed by soldiers…. Price had realised there was going to be a crack-down on the protesters and so had not been present at the rebellion…. Fearing arrest he fled to France….

Price resided in Paris for several years….returning to Wales in 1846 – only to find himself in trouble again after refusing to pay a fine…. Once more he fled to Europe….

It was whilst in France that he developed a fascination with old Druid rites and when he eventually returned to Wales, five years later, he set about forming his own Druid group…. It didn’t take long for him to gain a number of followers….and he managed to infuriate the Church once more when he attempted to build his own Druid temple….

In his later years Price got himself a housekeeper – 16-year-old Gwenllian Llewelyn – and he took her as his mistress….he was 83! The couple had a child and named him lesu Grist – which is Welsh for Jesus Christ….

The baby died five months later, on the 10th of January 1884…. On the evening of Sunday the 13th of December Price made a pyre on a hillside overlooking Llantrisant – and dressed in his Druid robes embarked on the cremation of his infant son…. He had planned the ceremony to coincide with the Sunday evening chapel service – and as the congregation left and discovered what was happening – went wild…. Price was attacked and the baby’s body, which had not yet been engulfed, pulled from the flames….

Price was arrested; a post-mortem was carried out on the body of the child and concluded death had been from natural causes…. Price was charged with performing a cremation….

At his trial in Cardiff, Price argued that the law did not say that cremation was legal – but it was not illegal either…. He did not believe in burial because he thought it polluted the earth…. Justice Stephens, who was presiding over the trial, acquitted Price…. Almost directly after the trial the decision was made by Parliament to pass the Cremation Act….making cremation legal in Britain….

William Price went on to father two more children – and eventually died on the 23rd of January 1893…. On the 31st of January, on the same hillside where he had attempted to cremate his son, Price himself was cremated…. A crowd of nearly 20,000 gathered to watch as his body burned upon a pyre of two tons of coal….just as he had requested in his Will…. 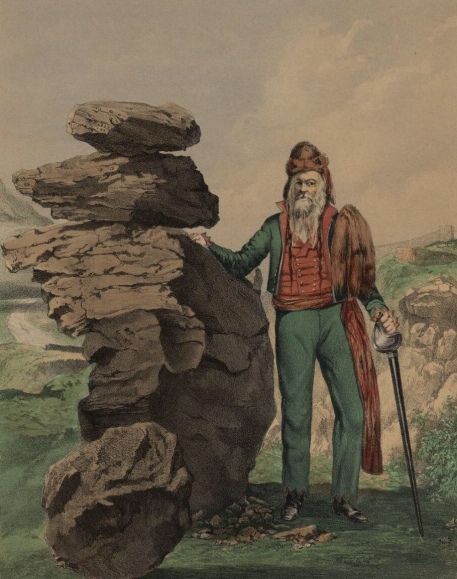 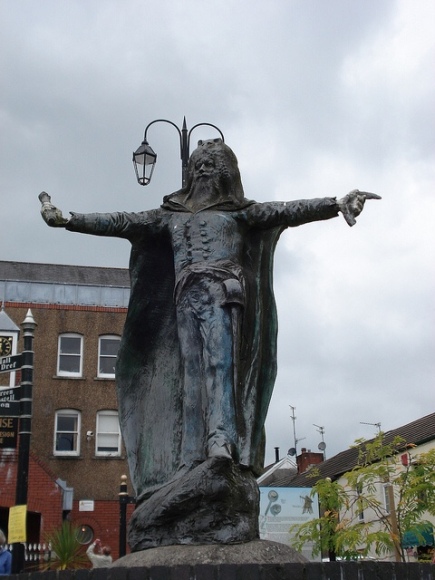