On this day in history : 13th February 1987 – At the height of London’s property boom a converted broom cupboard in Knightsbridge is sold for £36,500….

The tiny flatlet, hardly big enough to fit a fully grown adult measures just 5ft 6in x 11ft….(so that made the price over £600 per square foot)…! 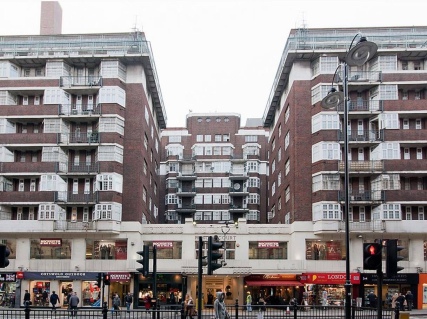 With London’s house prices more than 10 times the average salary and rents amongst the highest in the world, property developers think micro-flats ~ at almost half the size of the recommended minimum habitable space ~ could be the answer for young professionals….

But is this such a new concept? Compare it to Britain’s smallest house….Quay House in Conwy, Wales…. Built in the 16th century this minuscule end of row terrace is just 10ft high and has a floor space of 10ft x 5.9ft….

Nowadays it is a tourist attraction but was lived in up until May 1900 by – wait for it – 6ft 3in fisherman Robert Jones…. Before that it was home to an elderly couple….

The fisherman was forced to move out by the council as the property was deemed unfit for human habitation….although it is still owned by the family…. The authorities intended to demolish the quaint little cottage as they had done to others like it…. However, local people put up a fight and this particular one was saved….

Recognised by the Guinness Book of Records as Britain’s smallest house it can fit only four people in at a time…. Inside is an open fire, a settle, a table and water tap…. A ladder type staircase leads to the tiny bedroom, which is just 6ft x 8ft….

But looking on the bright side….think how quickly you could get the house work done….