On this day in history : 25th February 1939 – The first Anderson shelter is erected in a garden in Islington, London…. 1.5 million are distributed before the outbreak of World War II….

Designed in 1938 by William Paterson and Oscar Carl Kerrison, the shelter was named after Sir John Anderson, the politician responsible for air-raid precautions and who initiated its design….

Made from corrugated galvanised steel, six curved panels would be bolted together at the top and then straight panels fixed to form four walls, with a door at one end…. The whole construction would then be half-buried and the roof covered with at least 15 inches of soil…. 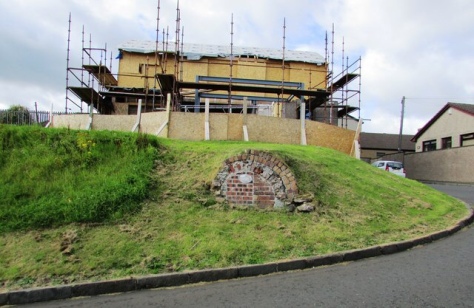 An Anderson shelter remains intact amidst destruction in Latham Street, Poplar, London during 1941. from the collections of the Imperial War Museums – Photograph D 5949

The shelters were issued free of charge to those families with an income of less than £5 per week (£300 in today’s terms)…. Higher earning families could buy one for £7…. The shelter would be supplied in kit form – everything required to build it would be included along with an instruction guide – but it was up to the family to erect it….

At 6ft high, 4.5ft wide and 6.5ft long the shelters were designed to accommodate up to six people…. How comfortable they were inside was up to the individual family – although incredibly strong, which gave reassurance, they were cold, damp and cramped inside….

It was possible to make the outside to look quite attractive, flowers and vegetables could be planted over them…. In fact some neighbourhoods held competitions for the prettiest shelter….

Throughout the war period over 2.5 million Anderson shelters were erected. At the height of production John Summers & Sons Ironworks in Deeside were producing 50,000 per week….

For a small fee families were allowed to keep their shelter after the war – and indeed many were dug up and used for sheds…. 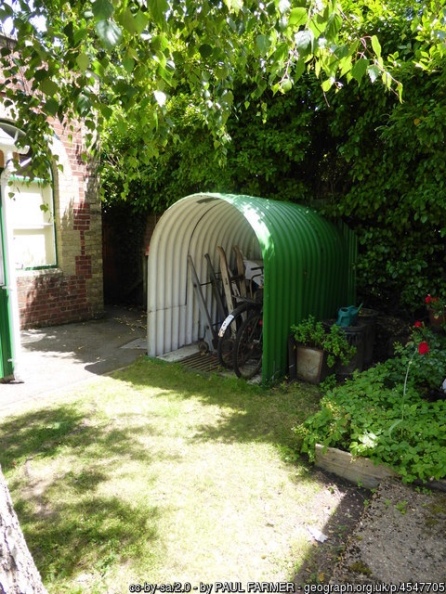