On this day in history : 26th February 1797 – The first ever £1 banknote is issued by the Bank of England; the notes are handwritten and signed on white, watermark paper….

The earliest notes were issued on an ‘as-needed-basis’ to individuals. They were one-sided and bore the name of the payee, the date and signature of the cashier who issued them…. Their introduction was due to a shortage of gold caused by the French Revolutionary Wars…. Between 1797 and 1821 the banknote could not be exchanged for gold…. After 1821 the note ceased to be used and was replaced by gold sovereigns….

With the onset of World War I the government once again wished to hold on to stocks of gold and so the £1 note was reintroduced…. These notes were often known as ‘Bradburys’ – because of the signature of Sir John Bradbury, Permanent Secretary to the Treasury. Britain moved back to gold sovereigns in 1925 (but the gold standard was eventually permanently withdrawn in 1931)….

Responsibility for printing banknotes was passed to the Bank of England in 1928…. Their first £1 notes were green and printed on both sides…. No longer were they signed by the issuing cashier but had a printed signature of the Chief Cashier of the Bank of England…. They also had printed upon them the words “I promise to pay the bearer on demand the sum of….” for the first time….

In 1940, after the outbreak of World War II notes were issued in a blue and orange colour scheme to make them more difficult to forge…. Although the overall design remained the same a metal thread was introduced – running through the paper – another effort to stop counterfeiting…. After the war notes went back to their original format – but the metallic thread was reintroduced for added security from 1948 onwards….

A new design was issued in 1960, the first to incorporate a portrait of Queen Elizabeth II…. The old notes ceased to be legal tender in 1962….

These were replaced in 1978 by a smaller note, with a new picture of the Queen and an image of Isaac Newton on the reverse….

After a slight revamp in 1981, which involved producing the note in a brighter colour, it was decided to replace it with the £1 coin…. Part of the reason for this being the average life span of a note being only 9 months before it became too ‘tatty’…. The life of a coin is 40 years or longer…. 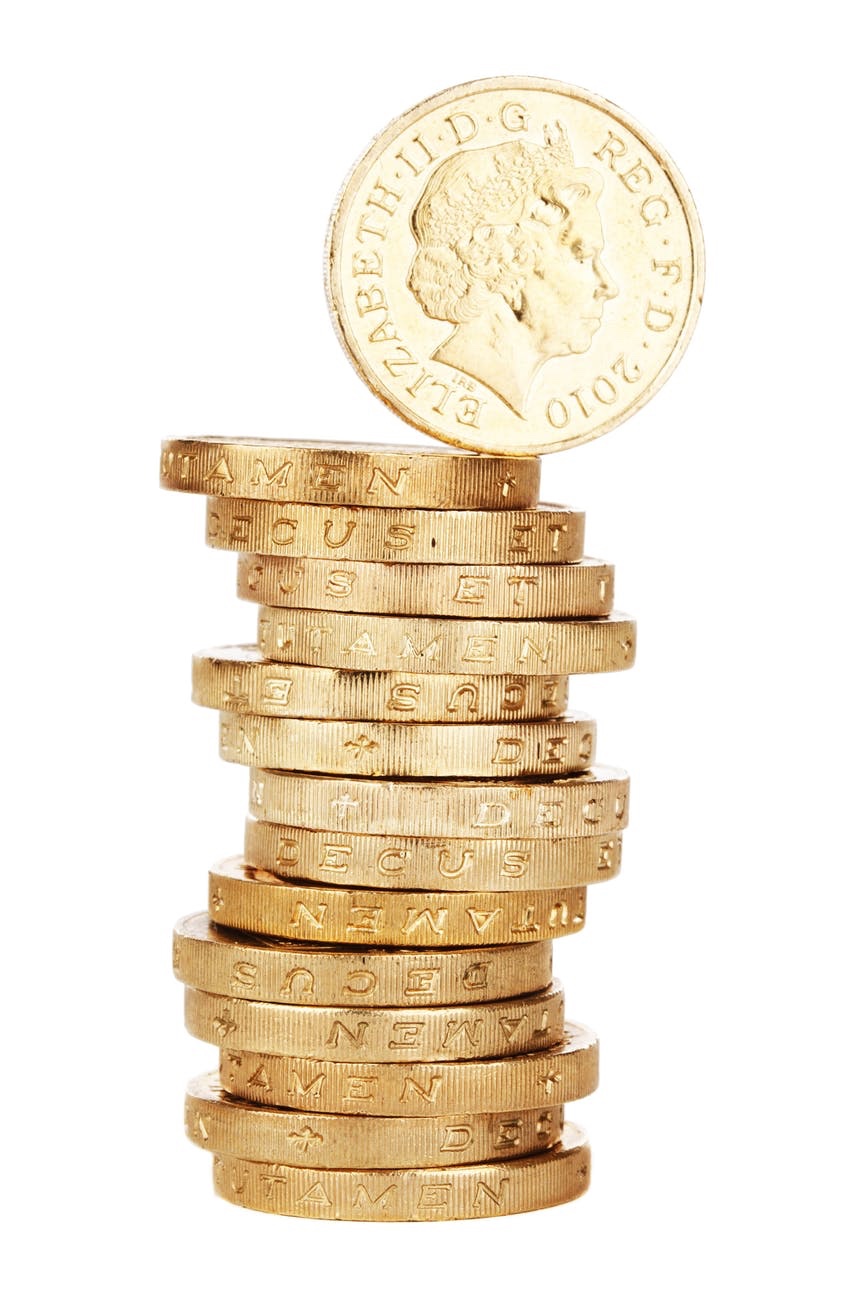