On this day in history : 6th December 1994 – The Queen gives the go ahead for exploratory oil drilling underneath Windsor Castle….

Studies had shown that there could be up to £I bn of oil lying beneath the castle….which at the time was still undergoing repairs after the fire that had ripped through it two years previously, in November 1992…. It was proposed that drilling would take place some 500m away from the castle walls, in Home Park – the expectation being that drilling would reach a depth of 300m and would take about 8 weeks…. The prediction was that it was a 1 in 3 chance of oil being found…. 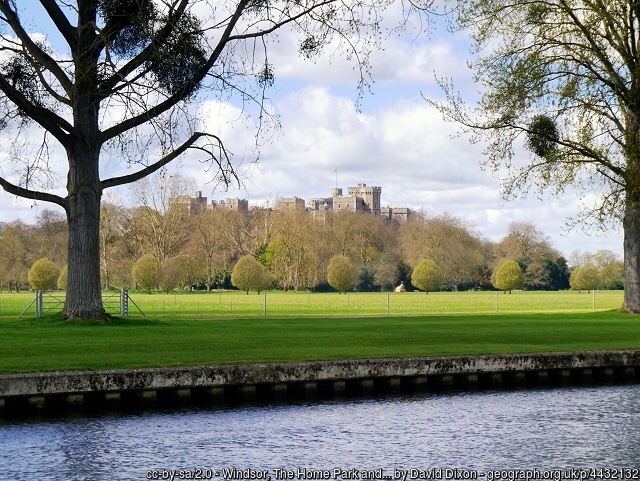 Of course, this announcement was met with outrage by some local councillors, members of the public and conservationists alike…. Quotes such as “turning into a Berkshire version of Dallas” were bandied around….causing the media to conjure up the name “Dallas-on-Thames”….

Despite the controversy, one month later Berkshire County Council approved the plans – by nine votes to three…. Canuk Explorations, the Canadian company behind the scheme, was granted a six year licence…. Plans were that the first exploration well was to be sunk in the summer of 1996…. If oil were to be found it could be extracted laterally, by drilling up to four miles away…. But in order for this to happen further permission needed to be sought….

As it was the initial exploratory drilling plans were delayed by Canuk….investors and backers were showing signs of cold feet…. When the six year licence expiry date came near the Department of Trade and Industry did not renew it – giving no reason as to why this decision….