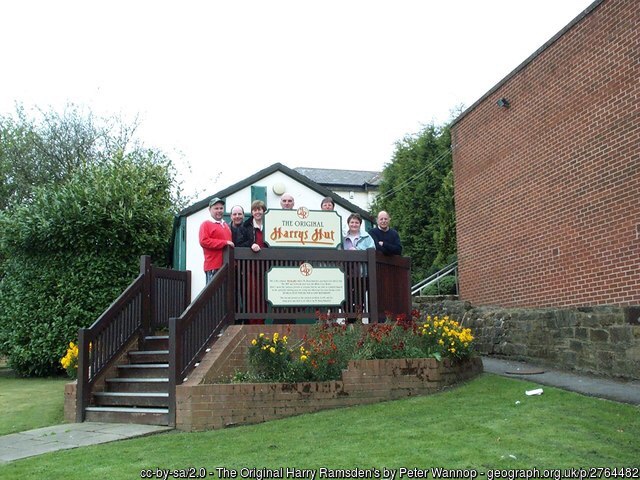 Business was good in Bradford but unfortunately his wife contracted tuberculosis – and they decided to move to the countryside for the benefit of her health…. Harry borrowed £150 to buy an old army hut which had been converted into a cafe…. The building measured just 10ft x 6ft – but the location provided an excellent opportunity….as it was situated next to a tram terminus, which was extremely busy with tourists visiting the Lake District and Yorkshire Dales…. Harry borrowed a further £400 to acquire the wasteland surrounding the hut….

In 1931 Harry built a large restaurant on the site – with the idea of taking the British favourite humble fish supper upmarket…. He succeeded – in 1937 his business turned over £7,825 – of which £5,104 came from the new restaurant….the rest coming from the original restaurant and its takeaway sales….

The original hut still stands next to the larger premises – which once held the Guinness World Record for the largest fish and chip shop in the world, able to accommodate 250 people – and serving almost a million a year…. In the early years diners would sometimes have been treated to entertainment in the form of piano music – played by Harry’s nephew – none other than Harry Corbett, he of ‘Sooty and Sweep’ fame….