On this day in history : 26th February 1960 – An Alitalia DC-7 bound for New York crashes into a cemetery in Shannon, Ireland, shortly after take-off – killing 34 out of the 52 people onboard….

Italian airline Alitalia flight AZ618 4-engine propellor Douglas DC-7C was on route from Rome to New York and had stopped at Shannon for an unscheduled refuelling stop…. Shannon International Airport, in County Clare between Ennis and Limerick, was at the time a major refuelling stop for transatlantic flights….

After a brief stop of 45 minutes or so the aircraft took off to continue its journey at 1.34am, on a cold but clear Friday morning…. There had been no contact from the ‘plane and it seemed all was well – but about a mile from the airport the DC-7 crashed…. It struck the old graveyard situated beside the ruins of the 10th century Clanloghan Parish Church…. Its port wing-tip hit the wall of the cemetery, damaging some of the headstones on the south eastern side…. Some of the traditional family graves would still have been in use…. The aircraft then ploughed on, ending up in a nearby field before exploding and disintegrating…. After its refuelling stop the DC-7 was laden with some 7,000 gallons of fuel….the explosion was heard 17 miles away….

Thankfully the ‘plane was not full but out of the 52 onboard 11 of the 12 crew and 23 of the 40 passengers were killed….the other 18 were seriously injured…. The surviving cabin crew member had been seated at the rear of the aircraft…. Wreckage was scattered over a large area – bodies were found up to a mile away….

The aircraft had failed to gain enough height to clear the hill top…. At the official crash investigation no clear treason could be found as to the cause…. It could only be assumed that the DC-7, which had made its maiden flight in 1958, had rapidly lost height whilst making a steep turn to the left…. 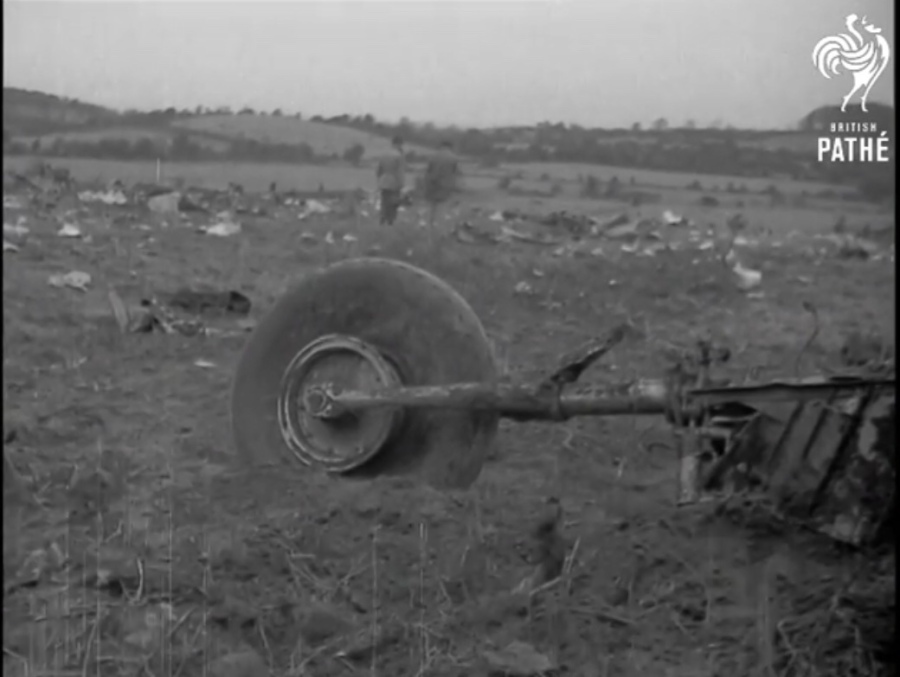