Most cottages are given a name to suit their character – “Rose Cottage” “Pear Tree Cottage” “Ye Olde Cottage” – or something similar….

Not this one though, it’s just simply known as Number 3. However, that doesn’t take away any of its charm….

By cottage standards, it is not particularly small. It doesn’t have a lot of rooms but those it does have are of a good size.  This though, especially downstairs, can be deceptive, due to the very low ceilings. Being timber framed, there are beams everywhere. Living here, to avoid a bump on the head, knowing where and when to duck becomes second nature, all of us have been caught out at one time or another though. The most perilous time is when there is a power cut (and this village seems to have more than its fair share) – then, if after dark, the place is plunged into pitch blackness and the whereabouts of those low beams is soon forgotten…. Ouch!!

No.3 is a typical example of an early Mediaeval cottage – it still has much of its wattle and daub and would once have had a thatched roof. Of course, it has gone through changes over the centuries but not so much as to change its style. It has a grade 2 listing in order to protect it.

Located in the Surrey village of Dunsfold, the cottage benefits from a lovely setting within the village. Nestled with just a few other houses on a quiet corner of the Common, accessed only by an unmade, dead end track, it is situated in what is really a little community in its own right.

I often wonder about previous occupants of days gone by – who was that very first owner who initiated its build? I imagine it was a yeoman or similar. How many births have there been within these walls…. and how many deaths?

Our time here will play such a small part in its over all history but I actually feel quite privileged that we are a tiny segment of it…. 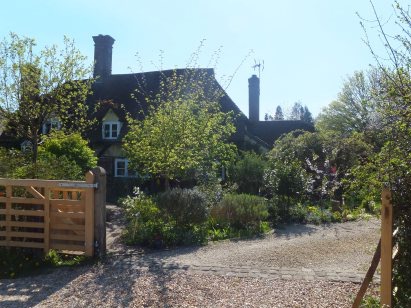 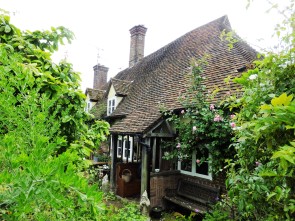 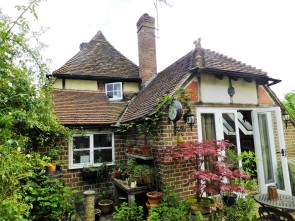 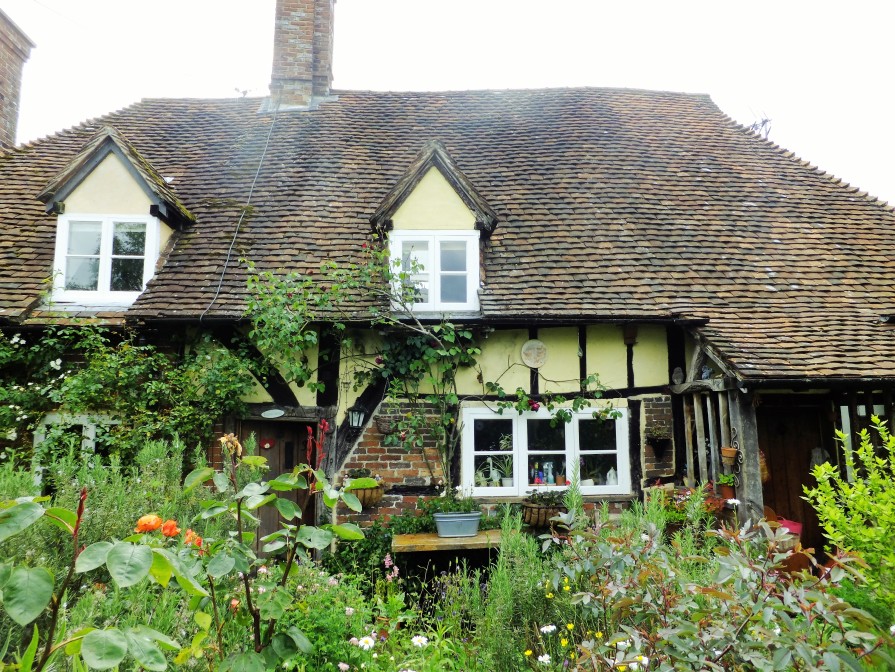