In the early days of our living at No.3, the nearby pond, a part from the odd coot or moorhen, was pretty much devoid of birdlife. All that was to change in the Autumn of 2006, with the arrival of two mute swans….

Being an animal lover, I couldn’t resist feeding them. It didn’t take long for them to realise they were on to a good thing. Not being content for me to decide when it was meal time, they would come and find me when they were hungry. 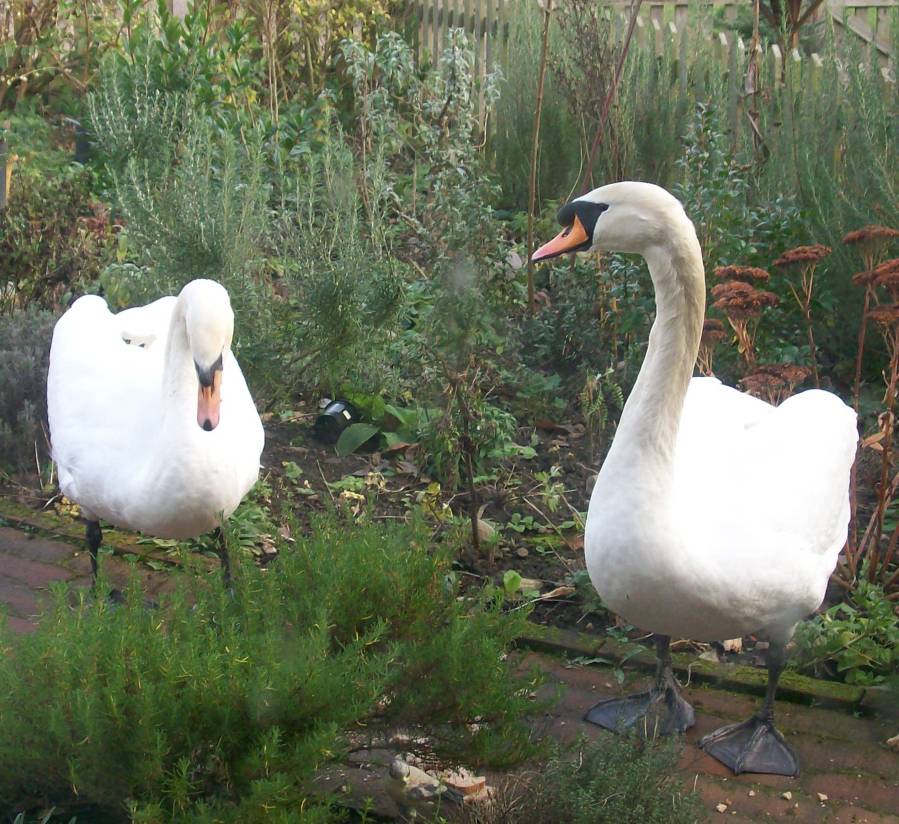 Naturally, they acquired names, “Cobblers” and “Penelope” – a play on the terms for a male and female swan (cob and pen) – cheesy, I know….

Not knowing an awful lot about swans at that time, we assumed we knew which was which of the pair…. One had a much darker orange beak than the other and the ‘knob’ located at the top of the beak, was far more prominent. So this was obviously the male….

“Cobblers” was ringed. He had a certain gentleness to his nature, willingly accepted food from the hand and seemed used to people. “Penelope”, on the other hand, was not ringed and much wilder….

The pair would divide their time between the nearby pond and the one a little further up, by the main road. They seemed quite content with their lot….

Then, a few months later – the unspeakable happened…. The two of them had chosen to spend the night on the roadside pond – during the early hours, “Cobblers” was shot dead. As it is a criminal offence to harm, let alone kill a swan, the police attempted to find out who was responsible for such a despicable act but sadly to no avail….

A post mortem was carried out by a local vet and from this, through his ring, it was discovered that “Cobblers” originated from Hampton Court…. He had indeed been,  a very Royal swan….

“Penelope” was understandably very subdued after losing her companion, swans grieve, just as we do. I carried on with the feeding but a few weeks later, she disappeared and I thought that was that. Imagine my delight, when a couple of months later, I glanced out of the window and saw a swan on the pond. I grabbed some bread and rushed out….

I know this might sound daft….but something ‘clicked’ with that bird in that instance. “Penelope” made eye contact and held my stare…. It was a surreal moment, one I will never forget – I felt as if I was being ‘read’. A bond was formed, one that holds fast to this day….

A few weeks later, she disappeared again, once more to return a while later. This became the pattern for the next year or so….

Over that time, “Penelope” underwent some changes. She appeared to get bigger, her neck thickened, her beak became darker and the caruncle (the correct term for the knob on the beak) increased in size. You have probably guessed where this is going by now…. “Penelope” was in fact a male….!!

On his original arrival in 2006, he had obviously been a juvenile. Cygnets take up to a year to loose their brown feathers and become white. They are not ready to breed until they are about four years old. Whether “Cobblers” had actually been male or female, I don’t know….possibly the pair had been parent and son…. 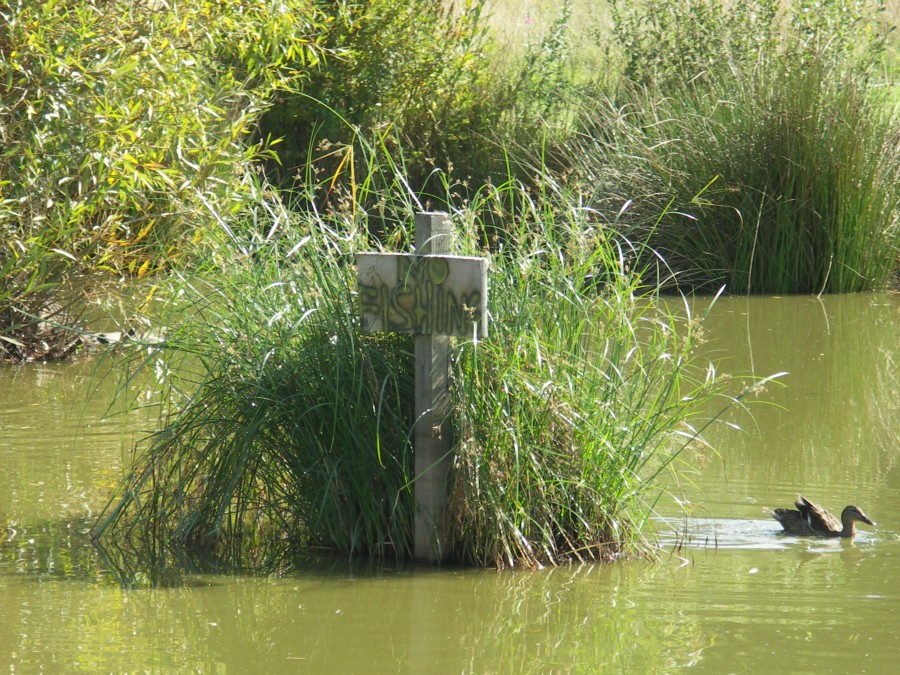