Being in the very fortunate position of having two homes between us, we were able to sell one to secure the purchase of No.3 and live in the other, while all the renovations were underway…. Well, this was the plan anyway – but as so is often the case, the time allowed for such a project was greatly under estimated….

John sold his property in December 2003 and work on the cottage commenced in the Spring of 2004. We already had an architect lined up and he drew up plans for a two storey extension, comprising of additional downstairs living space and providing a third bedroom and family bathroom upstairs. What we considered a perfectly reasonable proposal was, unfortunately, not so agreeable to the listed buildings section of the local planning department. We were refused permission for two storeys and eventually, after much negotiation, were granted a small, single storey extension, to the side of the building. Undeterred by this set back, we commenced to plan as best we could with the somewhat now limited space we had to work with. It was all going to be a little cosier than we had originally envisaged… However, before alterations of any kind could commence, there was the question of the basic fabric of the building. Every inch of plaster was in need of replacement and a plasterer willing to apply his trade the old fashioned way, using lime and horsehair, had to be found…. Firstly though, it was our job to remove all the old plaster from the ceilings and walls and in the process replace any laths that were in need…. 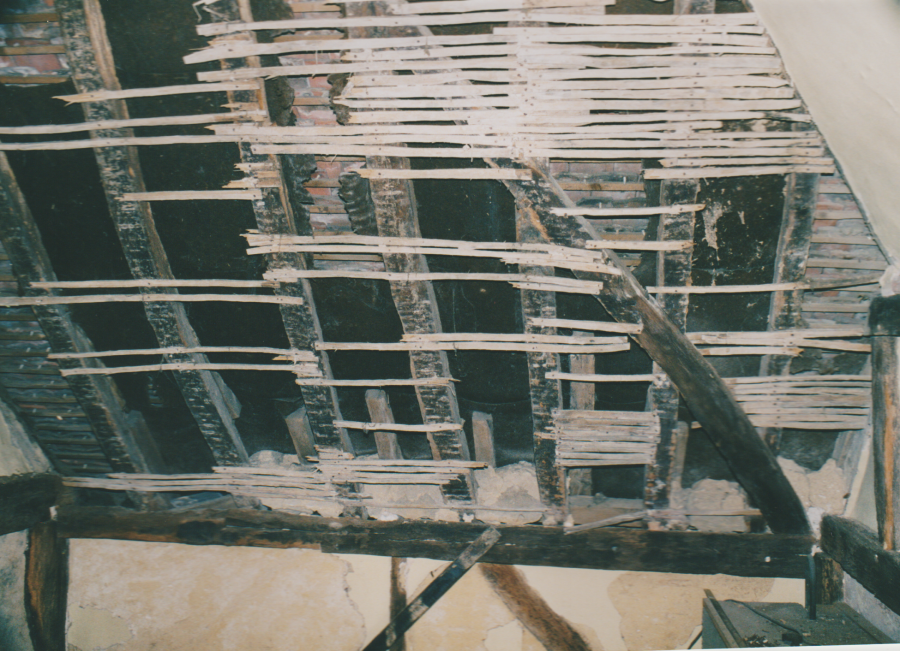 Sourcing materials became a project in itself, several trips around the country ensued; laths from Bath, lime from Winchester, hand made clout nails from Oxfordshire was just the start if it….

Before commencing with the removal of the plaster, we got a specialist in to sandblast all the beams in the house. This was actually against the wishes of the Listed Buildings Officer assigned to our case; he wanted  us to sand the beams down by hand, as he was concerned sandblasting would be too harsh and may inflict damage to the beams. If we had adhered to his wishes, we could well still be in the process of sanding down beams today! So, we found a sandblaster with an excellent reputation, who had worked on many important, historical buildings (including Windsor Castle after the fire in 1992). We were confident he would do a sympathetic job and we were certainly not to be disappointed…. 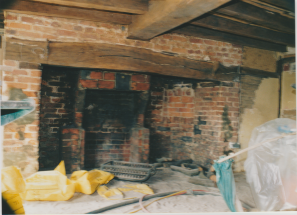 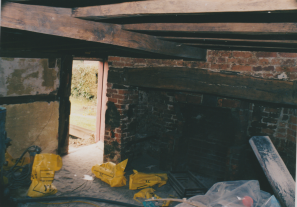 Afterwards we gave the beams a good coat of liquid wax, to help protect them. Getting rid of centuries worth of grime and layers of paint from those beams, gave the whole place an instant transformation….

So, then the dirtiest, dustiest, most gruelling task of all could begin….stripping the house back virtually to its wattle and daub. Each night we would return home caked from head to toe in lime plaster dust – it would be in our hair, eyes, everywhere! Even though we wore protective masks, we both developed nasty coughs that would take months to clear…. 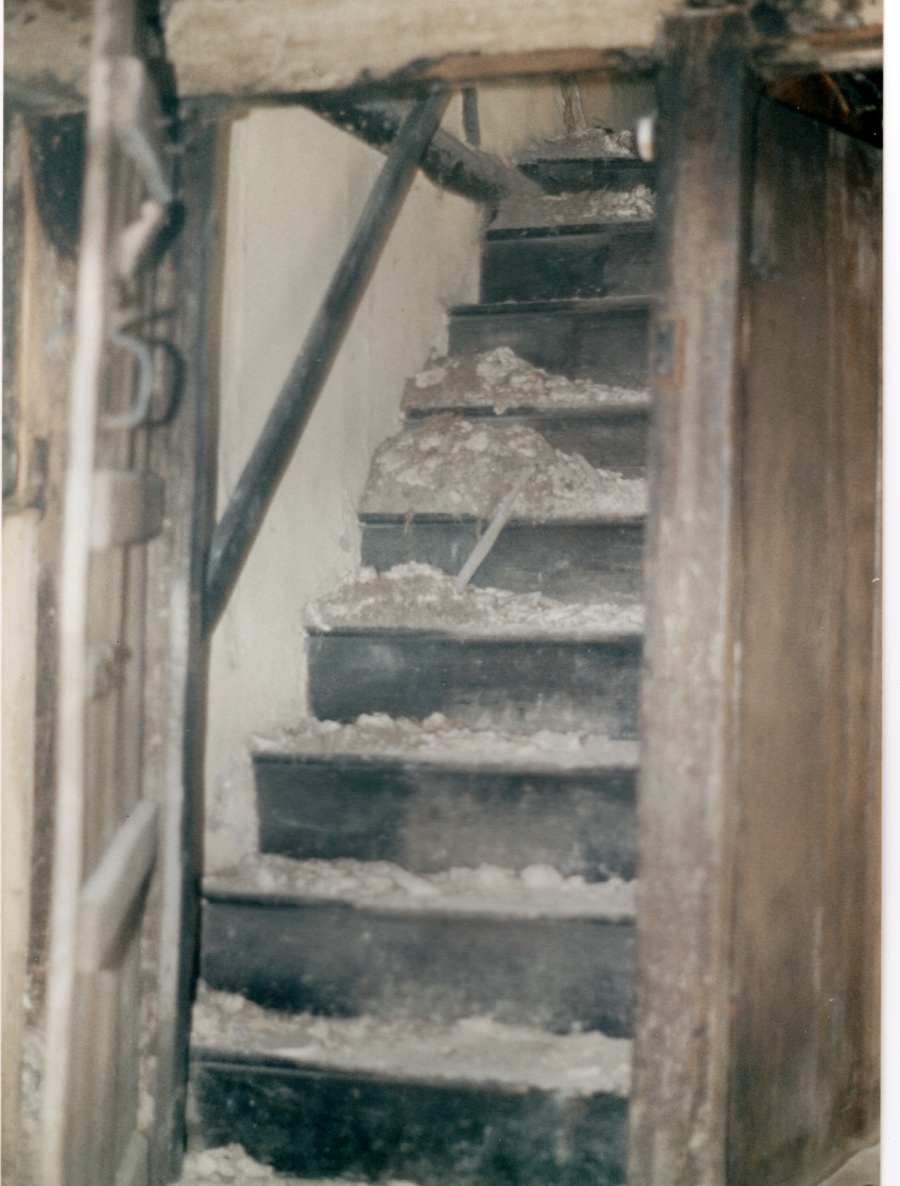 At last this unpleasant task was completed and we were able to bring in the plasterer…. Finally, we were beginning to see progress….