Agnes Waterhouse was born around 1503 and lived in the village of Hatfield Peverel, near to Chelmsford, Essex – and she was the first woman in Britain to be hanged for witchcraft….

Agnes was known locally as ‘Mother Waterhouse’, which would suggest she may have been a wise woman and healer. It appears she was rather an argumentative woman, repeatedly falling out with her neighbours…. In July 1566 Agnes was accused of witchcraft – along with Elizabeth Francis (believed to be her sister) and Joan Waterhouse, her 18-year-old daughter…. 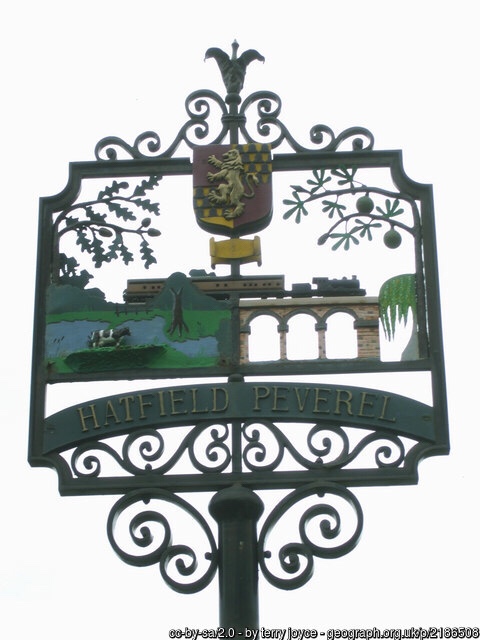 Elizabeth had a cat; a white spotted one called ‘Sathan’ – or Satan – given to her by her grandmother, ‘Eve of Hatfield Peverel’ – who taught her grand-daughter the secrets of witchcraft when she was 12 years old…. Sathan was able to talk; he taught Elizabeth how to make magical potions – and promised her a lifetime of riches – a promise that indeed appeared to have been kept, as she always had sheep in her pasture…. 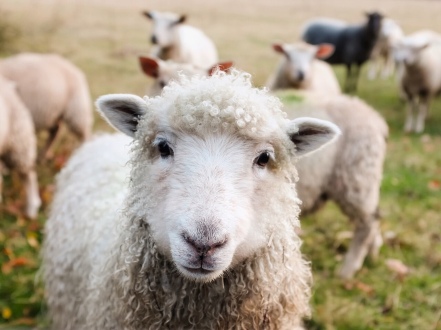 Sathan would do anything for his mistress – all he asked for in return was bread, milk and a drop of blood – her blood – which she provided by pricking herself and allowing him to suck from it….leaving spots on her skin never to disappear….

As a young woman Elizabeth took a fancy to an Andrew Byles – a man of wealth – to be her husband…. Sathan promised to get him for her….but in order for it to be possible she must allow Byles to ‘abuse’ her – which she did. Only things did not quite go to plan – for afterwards Byles refused to marry her. Enraged Elizabeth ordered Sathan to ‘waste his goods’ (destroy his property)…. Still not content she demanded the cat ‘touch his body’ (cause illness) – and so he did…. Byles subsequently died from his illness….

Soon after Elizabeth discovered she was carrying Byles’s child – so Sathan advised her which herbs to take to cause a termination of the pregnancy….

Elizabeth set her heart upon another man, Francis….although not as rich as Byles she decided she must have him and so set her trap…. After sleeping with him, once again she fell pregnant – they married and a daughter was born to them some three months later….

It was not a happy union, the pair fought constantly – family life was not as Elizabeth had expected; so when the child was just 18 months old she got Sathan to kill her….and inflict a lameness of the leg on to Francis – from which he never recovered….

By now Elizabeth had somewhat tired of it all – and this included Sathan who she’d had for some 15 years…. It so happened that she encountered Agnes one day, who was on her way to the ovens to bake some cakes…. Elizabeth decided to bestow the cat upon her as a gift – telling her that all she needed to do was feed him bread, milk and a drop of blood and he would do anything she wanted….in return Agnes gave Elizabeth a cake….

Agnes was eager to try out the cat’s skills…. She asked him to kill one of her pigs – more than willing to prove himself Sathan obliged. Having fallen out with a couple of her neighbours Agnes then got him to kill three hogs belonging to Father Kersey and drown a cow owned by Widow Gooday…. Each time Agnes rewarded Sathan with a chicken and a drop of her own blood. Realising the power at her fingertips Agnes began causing no end of mischief for her neighbours….ruining their brewing and butter making amongst other things…. Sathan taught her the art of witchcraft, how to terminate pregnancies and helped her to kill people…. As she wasn’t getting along with her own husband Agnes arranged his demise too – she spent 9 years as a widow before things finally caught up with her….

Eventually, for whatever reason, Agnes too had had enough of Sathan, he was beginning to cause her problems; so, she turned him into a toad – he was far easier to keep under control this way….

It was while she was away one day that her daughter, Joan, decided to amuse herself by playing with him…. Feeling hungry and as her mother had left no food, Joan went to the house of a neighbour to ask for some bread and cheese…. On arriving she encountered the neighbour’s daughter, 12-year-old Agnes Brown – who refused to give her any food. On returning home, Sathan offered her his help….providing she gave him her soul – Joan agreed to this…. Sathan went to visit the young Agnes and found her churning butter. The toad manifested himself into a demon – a black dog with horns – and asked the child for some butter….when she declined he then set about terrorising her….

By now people were becoming suspicious of the tragic events and goings-on that seemed to surround Agnes and her cat…. It was after the death of yet another of her neighbours, William Fynne, who died on the 1st of November 1565 having suffered from an illness said to have been caused by her, that the accusations were finally officially made….

Agnes, Elizabeth and Joan were brought to trial in Chelmsford in July 1566, accused of witchcraft…. Agnes was cited as having caused illness that resulted in the deaths of William Fynne and her husband and also the deaths of her neighbours’ livestock…. But the evidence that actually convicted her was when the 12-year-old Agnes Brown testified against her…. Agnes’s first examination was on the 26th July, followed by a second one the following day….at which she confessed and pleaded guilty….

King Henry VIII had made witchcraft a felony punishable by death in 1542; some say he did this as he thought Anne Boleyn was a witch trying to harm him with her craft….

Agnes was hanged on the 27th July 1566. At her execution she asked God for forgiveness; when asked she said she prayed often but always in Latin to hide her doing so from Sathan, as he would not allow her prayers…. Along with her repentance she also added to the list of accused crimes…. She told of how she had sent Sathan to damage the goods of a tailor named Wardol and to do him harm….but the cat returned to her and said he was unable to do as he had been bade as Wardol’s faith in God was too strong. Agnes also confessed she had been practising witchcraft for 25 years….

Elizabeth was given a lighter sentence – but 13 years later she herself was hanged for a further conviction…. Joan was cleared during the trial; she had testified against her mother and Elizabeth helping to convict them – and so saving her own skin….

Agnes has been an inspiration for many writers and artists since – people remain fascinated by the story…. When we stop to consider what life was like back then it is hard to visualise how it must have truly been. In this modern scientific World that we live in, we know cats can’t talk to us, no matter how it sometimes seems like they can…. They certainly don’t go around killing pigs, cows and people and they definitely can’t turn themselves into demon dogs anymore than we can turn them into toads….

We also now have an understanding of that terrible illness dementia…. Many of us know only too well the heartbreak of having a loved one who suffers from this dreadful disease – the confusion, forgetfulness and sometimes argumentative, aggressive behaviour….

One can’t help wondering if the case of Agnes and Elizabeth centred on mass hysteria, the mischief of a 12-year-old girl, a couple of old ladies suffering from dementia and their obsession with a cat…. How many ‘witches’ hanged were actually people suffering from diseases of the mind? Not having any other means to explain odd, erratic, confused or aggressive behaviour it would not be surprising if people had considered those affected to be under the influence of the Devil himself…. 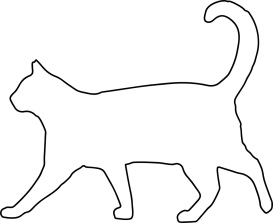 One thought on “Agnes Waterhouse ~ the first British hanging for Witchcraft….”