Herbal medicines and remedies have in recent years seen a rise in popularity. In the past they were dismissed by many doctors but thanks to studies and research during the last twenty or thirty years, their benefits are now being taken much more seriously….

Depending on the doctor, sometimes alternative medicines and treatments are available on prescription; a recent survey suggests two-thirds of doctors believe such treatments should be available on the NHS. Acupuncture, homeopathy, osteopathy, chiropracy and herbal medicine are all now regulated…. Other practices such as aromatherapy, massage, reflexology and meditation, although there is no regulation, are still considered as being beneficial and may be recommended. Chinese medicine and crystal healing are still dismissed as there is not enough scientific evidence….

A qualified medical herbalist will have a BSc (or the equivalent) in herbal medicine – and will have the same skills at diagnosing as a GP, having studied orthodox as well as plant medicine….

Of course, herbal medicines and remedies have been with us since the year dot…. The Romans, Greeks and Ancient Egyptians all used them as did many before them….at the end of the day there was little alternative and it was to remain so until we began to study medicine in a more scientific way….

During the Middle Ages most villages and neighbourhoods would have had a ‘wise woman’ (occasionally it could be a man – maybe a monk – but generally it was a female role). She would have knowledge of herbs, ointments and poultices – and may well have offered prayers and charms to help the process. Often she was a midwife too and people may have even sought her guidance when their livestock fell ill…. She was a valuable, respected member of the community – her knowledge having been handed down from generation to generation….

For more physical ailments people would have possibly visited the barber….many were able to perform surgical operations, pull teeth and set broken bones. A priest may have been called in to treat somebody with a mental illness ~ to drive out the ‘demons’….

Generally, up until the 13th Century the Church had stood in the way of medicine, declaring it to be an unrespectable profession. A renewed interest in learning meant universities began to teach young men medicine…. In the beginning the Church was still very much in control, university trained physicians had to have a priest present to aid and advise when they administered to a patient….

The trained medical world was completely male dominated – women were excluded from universities…. It was also dominated by wealth – as only the rich could afford its services. The poor had to remain reliant on the popular healers, such as the wise women. Professionally trained doctors disapproved of this ‘folk-medicine’, keen to protect their own livelihoods and status…. It would hardly come as a surprise then if we were to learn that they did little to discourage the witch hunts that were to become epidemic across Europe and Britain during the 14th-17th Centuries….

Nobody knows the exact figure of how many were executed for witchcraft during this period. The number varied tremendously from country to country; for example in Germany there were some 26,000 recorded deaths – whereas, in Ireland there were just 4…. Studies have drawn conclusions that out of some 110,000 recorded trials – in total 60,000 resulted in conviction and consequently execution – three-quarters were women….

Five of these executions took place in Wales; the first was that of Gwen ferch Ellis (Gwen the daughter of Ellis) in 1594….

Gwen was born around 1542, in Llandyrnog, Vale of Clwyd, in Wales. At a young age she went to live with an uncle, where she remained until she married….

Her first husband died after only 2 years of marriage…. In 1588 Gwen remarried – this time it was to a miller and they lived at his mill in Llanelian-yn-Rhos; husband number two died 18 months later…. So, she married for a third time, a man from a neighbouring parish, Betws-yn-Rhos – and this is where they settled; the fate of this third husband is unknown….

According to records Gwen earned a living by spinning and weaving linen cloth…. She was also a healer, mainly of animals but would help people, especially children, when called upon…. She would make herbal remedies and salves and offer charms to help with the healing in exchange for small goods and food items…. Her charms always began “In the names of the Father, the Son and the Holy Ghost”…. so they were actually more prayers than spells…. Verbal and written charms were not uncommon at the time…. 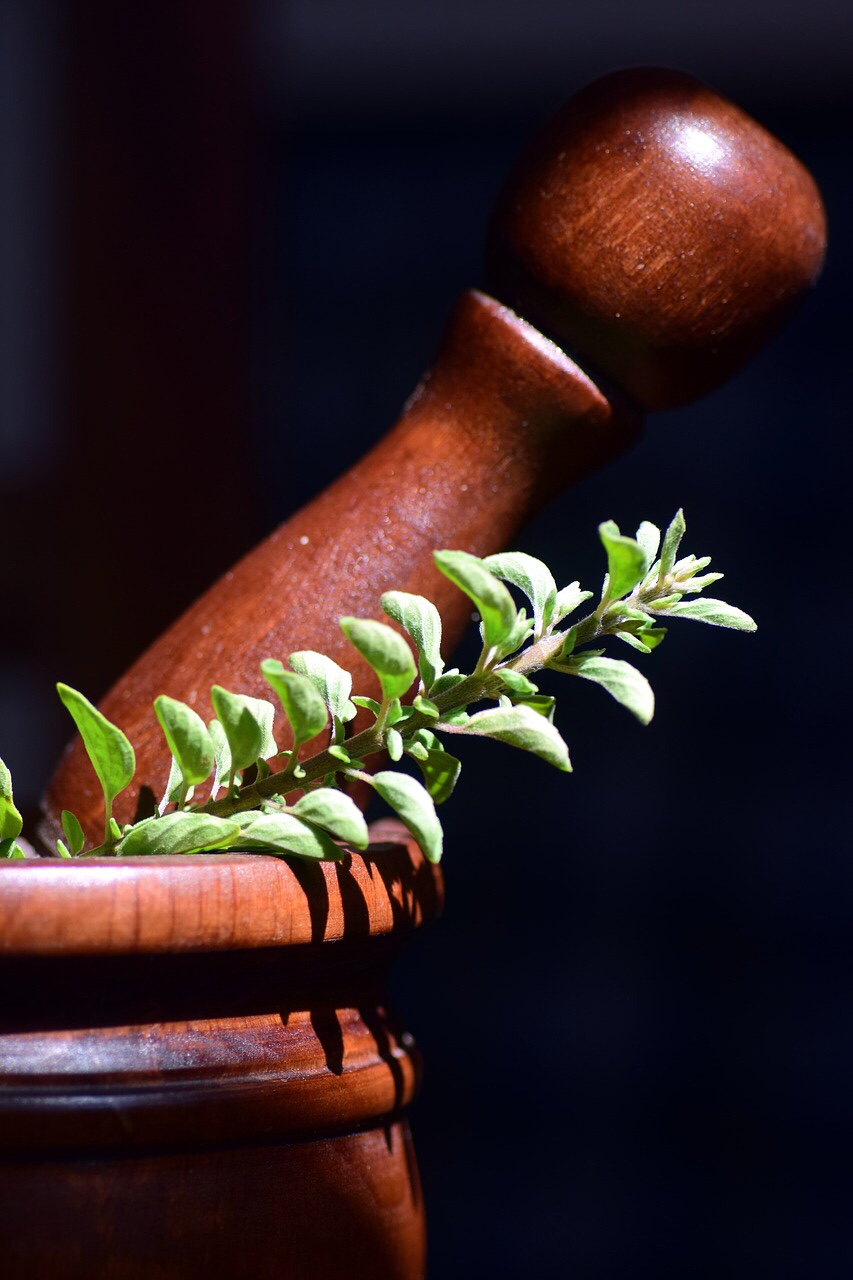 Gwen was good at healing and was proud of her expertise; the wealthy sought her help as well as ordinary folk…. She struck up a friendship with a woman of the gentry, Jane Conway of Marle Hall, Conwy. Jane had an affair with Thomas Mostyn – a prominent gentleman of the time – Gwen knew of this affair, which in itself put her in a difficult situation…. Jane had a falling out with Mostyn and so it is thought she wanted revenge upon him…. Whilst Mostyn was away Jane invited Gwen to stay with her at Mostyn’s home – it is believed Jane persuaded her friend to leave a charm – although this is something Gwen denied ever doing….

However, a charm was found….one of a rather sinister nature…. This one was written from back to front, thus making it a bad spell rather than a healing one…. Accusations began to fly – Gwen’s friends advised her to flee but she was adamant she had done nothing wrong….

Gwen was arrested by William Hughes, Bishop of Asaph. At the initial investigation, held at Llansanffraid Church, seven people gave evidence against her, 5 men and 2 women…. 60-year-old widow, Elin ferch Richard of Llanelian-yn-Rhos claimed Gwen had sent her son insane…. Bailiff William Griffith ap William of Betws-yn-Rhos claimed she had put a demon in his drink. He also added she was responsible for his friend’s broken arm and the bewitching of his wife – who had become paralysed, losing the use of her arms and legs…. Another, Griffith ap Hughes of Betws stated that Gwen had made his sick brother, David ap Hughes, worse by giving him salt…. But the most damning accusation was that she had killed a man through her witchcraft….

Gwen’s home was searched. A statue of Christ rising from the dead and a bell without a ringer were found….this ‘evidence’ was enough for the authorities to associate her with the old Catholic ways….

Gwen was not afraid of the Bishop; she stood up to him and continued to protest her innocence…. However, she was found guilty at this initial investigation and taken to stand trial at Denbigh Court…. Here the verdict was upheld – Gwen was hung in Denbigh town square….

Gwen was the first wise woman to be executed in Wales, 31 years after witchcraft had been made a crime punishable by death in the UK. Most of those accused in Wales spent a brief period in prison before their cases collapsed. Gwen, for all intents, appeared to be simply no more than a healer – who, had she kept herself to herself and not got involved in the affairs of the gentry – would most likely have seen her own case collapse….

The witch trials were indeed viewed by many as a way of preventing women from being involved in medical practices…. It wasn’t until 1865 that Elizabeth Garrett Anderson became Britain’s first female doctor and she had to use ‘back-door’ methods to gain this recognition. In 1876 universities finally allowed women to attend….

Hospitals as we know them now did not start to emerge until the 18th Century. People in Britain had to generally pay for health care right up to 1948 – when our National Health Service was founded. Even at the beginning of the 20th Century a doctor’s visit could equate to half a week’s wages…. Sometimes treatment was available at Voluntary Hospitals; others sought help from religious communities, such as convents…. For those too sick or too poor the workhouse offered a primitive infirmary….

Perhaps nowadays we don’t always realise how lucky we are – we have the NHS. Maybe we take it for granted; sometimes we criticise it and yes, it is overstretched….but occasionally we should remind ourselves of how life was before it…. We give thanks to all those who work within it ~ keeping it going and looking after all of us….

Please…. If you have read this post through to the end – then I assume you found it of interest and I hope you’ve enjoyed it…. If you have found this via Facebook, a little ‘like’ for the Cottage Capers’ page would be very much appreciated – a like and follow would be even better…. I’m not trying to sell you anything – I’m simply a blogger trying to establish myself…. Many thanX 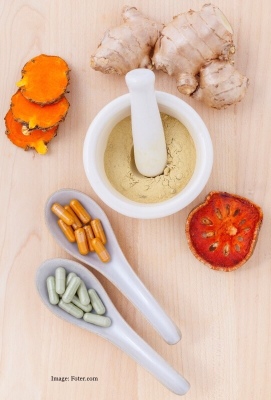 One thought on “A Wise Woman’s Medicine….”