On this day in history : 6th June 1936 – Gatwick Airport, Britain’s second largest international airport and one of the biggest in the World, opens officially for scheduled flights…. 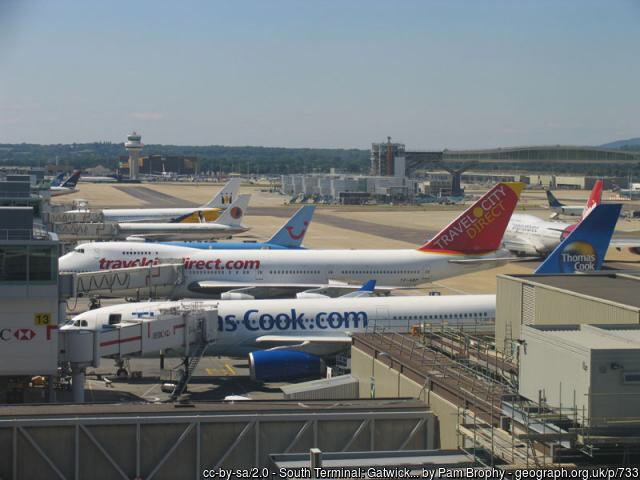 Gatwick had first been established as an aerodrome in the 1920s…. In September 1933 it was bought by Morris Jackaman, who owned several light aircraft…. He purchased the airfield for £13.5K and the Air Ministry approved commercial flights….

Up until this time a converted farmhouse had served as the aerodrome building – but Jackaman planned a purpose-built terminal building…. In October 1934 he submitted plans and a patent for the design – a unique circular building – which became known as ‘The Beehive’…. Construction began in 1935 – the airfield closed briefly to allow for the building work, which was completed in 1936…. The contracted opening date had been for October 1935 but this date was missed due to ongoing drainage issues and to coincide with the timing of a new railway station….

The Beehive from the east – Image credit: The Voice of Hassocks CCO

The airport reopened officially in June 1936 – although some services, including flights to Paris, had resumed in the May…. Newly formed British Airways had made Gatwick its operational base in 1935…. Jackaman had floated his Company, Airports Ltd, on the Stock Exchange to raise money for the developments….

During World War 2 Gatwick was requisitioned for military use…. After the War it was decided the site should become London’s second official airport after Heathrow…. The decision was announced in July 1952 and a programme of large scale land acquisition began…. Roads were diverted and a new station and terminal building were built…. The Beehive, no longer part of the main complex, was used for helicopters for a few years afterwards but nowadays the Grade II* listed building is used for offices….

During the 1960s some of Britain’s largest independent airlines, such as British United Airways and Dan Air were based at Gatwick…. The ’70s saw the likes of Caledonian and Laker Airways…. 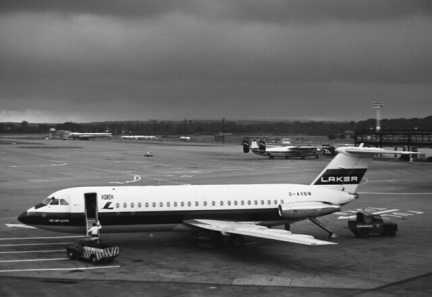 Today the airport runs as a single runway operation, although it does have two and is currently exploring options…. As well as British Airways Gatwick is used by many other airlines including EasyJet, Ryanair and Virgin Atlantic…. It has two terminal buildings and its flight statistics continued to rise year on year….(until the Covid pandemic hit us)…. Recent controversial expansion plans saw a recommendation that Heathrow Airport build a third runway rather than Gatwick – a decision that does not sit well with all….