On this day in history : 15th April 1929 – Author of Peter Pan, J.M. Barrie, donates his copyright fee for the story to the Great Ormond Street Hospital for Sick Children, in London….

James Matthew Barrie was the ninth of ten children and was born in the weaving town of Kirriemuir in Scotland on the 9th of May 1860…. His father was a hand-loom weaver….

When Barrie was 6-years-old his older brother David – the apple of his mother’s eye – died in a tragic skating accident the day before his 14th birthday…. His heartbroken mother, Margaret, drew some comfort from the notion that her beloved David would forever remain a child to her….

It was a thought that stayed with Barrie as he grew up….an ‘everlasting childhood’….and would eventually develop into the story of Peter Pan….

Barrie always had a love for children….none more so than for the children of his dear friends Arthur and Sylvia Llewelyn-Davies…. It was in 1897 that Barrie first met their three boys; George 5, Jack 4 and Peter, who was still a baby…. Two more boys, Michael and Nico were to be born to the family later….

In 1901, the family joined Barrie for a summer holiday at his Surrey home, it was then that he was inspired to write ‘The Boy Castaways’…. The story drew on the antics, games and adventures of the Llewelyn-Davies boys – and was a prequel to Peter Pan….

Sadly, when the boys were still very young, both Arthur and Sylvia died from cancer…. Although Barrie’s own marriage had broken down and he was now divorced he became guardian to the children…. It was his life with the boys that formed the bedrock of Peter Pan….

It was in a chapter of ‘The Little White Bird’ in 1902 that Peter Pan made his first appearance – the story tells of how baby Peter learned to fly…. Barrie then wrote a stage play which was first performed at the Duke of York’s Theatre in London on the 27th of December 1904…. The play was a huge success and Barrie responded by writing the novel ‘Peter and Wendy’ in 1911…. It was an instant bestseller and has been in print ever since…. 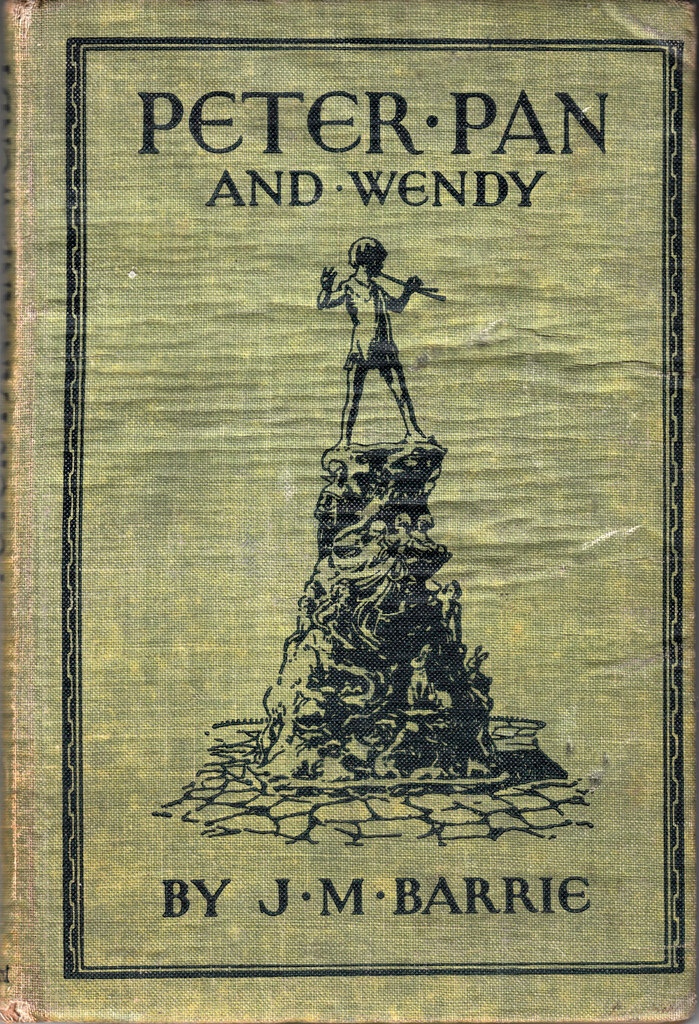 In 1929 Barrie was asked by Great Ormond Street Hospital – who he had supported for a long time – to sit on a committee to raise funds for a much-needed hospital wing…. Barrie declined their invitation but said he hoped he could find another way to help….

It was two months later that the Board learned, with much surprise, that Barrie had donated all rights of Peter Pan to the hospital…. Every play performance, every book sold – a benefit to Great Ormond Street Hospital…. Barrie just asked that the amount of money raised was never revealed….and it never has been…. 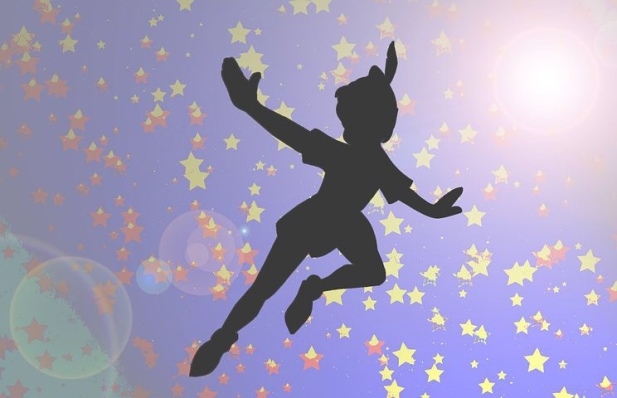