In 1800 the Romantic poet, Lord Byron was driven by the desire to be ‘pale and interesting’…. To maintain his gaunt appearance he is rumoured to have survived on a diet of soda water, dry biscuits and vinegar…. This became popular among the fashion conscious – and so perhaps Byron can be attributed for the first ‘fad’ diet….

“Fashion has joined hands with superstition….through fear of looking gross or healthy….ladies live all their growing girlhood in semi-starvation”…. George Beard, Physician, 1871….

The Victorians were obsessed with image above health; diet drugs, marketed as ‘miracle cures’ became big business. Miracle cures were usually nothing more than laxatives but there were those that caused health issues, such as heart problems and even death…. At a time when it was not a legal requirement to list the active ingredients in a medicine, all manner of substances were used; from Dinitrophenol (an industrial chemical which raises the body temperature and can cause blindness), even to arsenic….

For some, such was the ‘need’ to be thin that drastic measures were taken – one such in the form of voluntarily swallowing tapeworm cysts….

In 1863 William Banting, an undertaker by trade, wrote what is thought to be the first official diet book – ‘Letter on Corpulence, Addressed to the Public’. He claimed lots of protein and less carbohydrates to be the secret to weight loss – perhaps a very similar concept to the Atkins Diet of more recent times….

During the early 1900s Horace Fletcher, also known as ‘The Great Masticator’, came up with the theory that you can eat as much as you like as long as you chew each mouthful 100 times…. Perhaps there’s something in this – you’d soon get bored after a few mouthfuls, not to mention developing a severe jaw ache….

In 1918 Dr. Lulu Hunt Peters wrote ‘Diet and Health’ – concentrating on calorie intake; in her book she advised women to have no more than 1,200 calories a day…. The book sold millions of copies during the 1920s….

The 1920s also saw companies claim their products could help with weight loss; chewing gum and laxative manufacturers amongst them…. One advert, that would certainly cause controversy today, was that used by the Lucky Strike Cigarette Company….stating ‘reach for a Lucky instead of a sweet’….

By the 1930s the ‘fad’ diet was really beginning to take off…. The Grapefruit Diet was born, in which grapefruit is eaten with every meal…. It was also the decade that gave us ‘The Hay Diet’; devised by William Hay, an American doctor, who separated foods into three groups: protein, starch or neutral…. His belief being protein and starch should not be eaten together at the same meal….

The 1950s craze was for cabbage soup; by eating it every day it was claimed 10-15 lbs a week could be lost…. Other soup diets, such as watercress, became popular too….

It was also in the 50s that the tapeworm made a reappearance….when the opera singer Maria Callas reportedly lost 65 lbs by deliberately ingesting one….

In 1961 Jean Nidetch, a New York housewife, set up a group to help her over-weight friends lose weight…. In 1963 it became known as ‘Weight Watchers’ – and was launched in the UK in 1967…. Run on a points system (SmartPoints), a value is given to food and drink. A daily allowance for protein, carbohydrates, fat and fibre is given; fruit and most vegetables having no limit. With its group support providing motivation, the plan is that up to 2 lbs a week can be lost….

1975 gave us the Cookie Diet; (now, that sounds more like it)….cookies made with a blend of amino acids (perhaps not then)…. 1977 Slim Fast was launched; milk shakes as a meal replacement for breakfast/lunch and a proper dinner in the evening…. In 1982 Jane Fonda released her first exercise video – with the motto ‘no pain, no gain’…. Also during the 80s the diet pill Ayds was introduced – only to be withdrawn because of the arrival of AIDS…. 1981 saw the Beverly Hills Diet; devised by Judy Mazel, who was inspired by the Hay Diet. Her belief being the enzymes in our bodies that digest food were getting confused…. For the first ten days only fruit should be eaten – other foods then to be gradually introduced…. 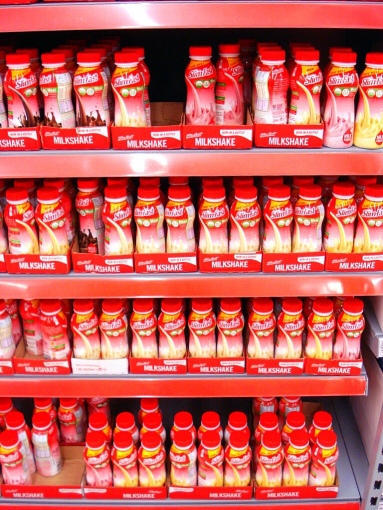 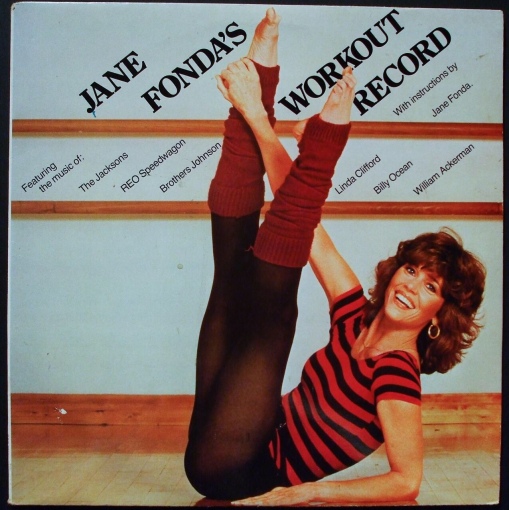 In 2000 Gwyneth Paltrow became known not only as one of our favourite actresses but also for her following of the Macrobiotic diet….consisting of whole grains and vegetables…. 2012 – the 5:2 Diet was brought to us….the idea being to eat normally for 5 days and then on two non-consecutive days limited calorie intake to 500 for women and 600 for men….

And so the diets continue to come and go…. One that springs to mind which is popular at the moment is the ‘Paleo Diet’ or ‘Caveman Diet’…. Basically foods that can be hunted, fished or gathered…. This includes meat and seafood obviously but also eggs, nuts, seeds, vegetables, fruit, herbs and spices are all allowed… However, no wheat, dairy, potatoes, refined sugar, salt and strictly no processed foods…. 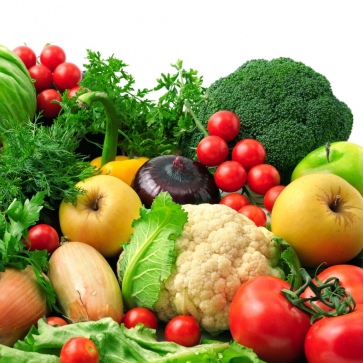 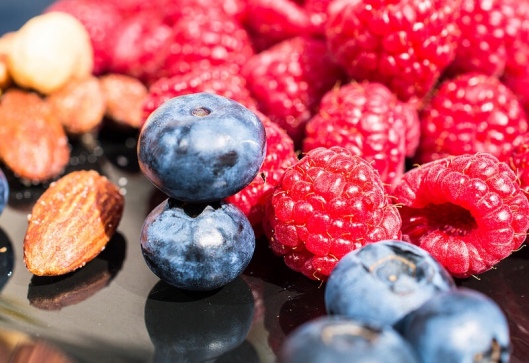 There are no accurate records as to the health of our Stone Age ancestors; this is all based on educated guesswork – but the thinking has to be based on going back to ‘grassroots’….

There is no doubt weight gain can cause many health issues, such as diabetes, heart disease and cancer…. Since 2007 our NHS has been referring patients to slimming clubs, such as or similar to Weight Watchers; the thought being this is one of the most effective ways of controlling weight. The UK diet industry is worth £2 billion (£60 billion in the US) – and like our waistlines, this is still expanding….despite all this, 64% of us are still overweight…. Perhaps this gives an incentive to keep up those New Year’s resolutions that an apparent 44% of us have made…. X

We’re nearly a fortnight into the New Year ~ so how are the resolutions going? The top three this year being: to eat more healthily – exercise more and spend less money…. Also included on the hit-list: get more sleep – learn a new skill – make new friends and improve appearance…. So, whether it’s one of the above or perhaps to quit smoking, cut down on the booze/chocolate or just become more organised – the general aim is to improve lifestyle…. 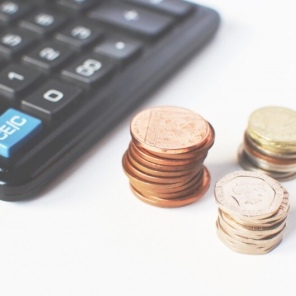 Piles of coins and calculator. Foter.com 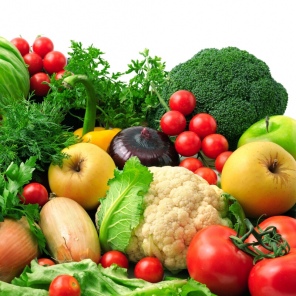 Experts advise us, to have the best chance of success make only one resolution and then break it down into smaller, more manageable goals. Another tip : plan in advance – don’t make rash decisions to metamorphosis into a ‘super-being’ on New Year’s Eve….especially after half a bottle of the bubbly stuff….

New Year’s resolutions are made the World over but are most common in Western Society. For Christians January the 1st became a day to reflect on past mistakes and resolve to become a better person in the future; this has since evolved into us trying to better our lifestyles – whether it’s health wise, our spiritual well-being or financial status….

It appears people have been making New Year’s resolutions in one form or another for some 4,000 years…. The Ancient Babylonians are believed to have been the first; they are also, incidentally, the first recorded to have celebrated New Year….only their New Year fell in mid-March – with the planting of new crops…. A twelve day ceremony – known as ‘Akitu’ – was held, during which barley would have been sown for the coming year…. The ceremony played an important part in laying down the foundations of religions to come – both ritual and mythical…. Akitu celebrated the renewal of life; it was the time a new king was crowned or loyalties renewed to an old one…. Any debts owed were repaid and any borrowed items returned to their rightful owners – all in an effort to appease the gods….

The Babylonians dominated Mesopotamia (the part of Western Asia where Iraq, Kuwait, Eastern Syria and South Eastern Turkey now lie) from the beginning of written history (circa 3100 BC) right up to the fall of Babylon in 539 BC. In 332 BC it was taken by Alexander the Great and became part of the Greek Empire….

The Ancient Egyptians held their own rituals; their New Year beginning in July – at the time when the River Nile would flood its plains – bringing fertility to the land…. The people would make sacrifices to Hapi – god of the Nile; in return asking for good fortune, a fruitful harvest and military success….

The Romans originally only had ten months in their calendar; starting in March with the Spring Equinox. Around 700 BC two more months were added and in 46 BC Julius Caesar re-established the calendar making January the official beginning of the year – thus giving us the Julian Calendar. January was chosen as it was the time newly elected Roman Consuls began their tenure. It became fitting as a time of reflection, as the god for January was the two-faced Janus; one face looking back into the year gone by – the other looking ahead to the future…. Sacrifices were made to the god and promises made to behave in a better manner….

Now, we all know what the Romans were like….with their lavish feasts to show off their wealth…. It’s probably doubtful that healthy eating was ever on their agenda…. The Greeks, however, frowned upon gluttony…. They believed it to be their moral duty to maintain a healthy society and understood the need to have a plain but varied diet, whilst at the same time taking moderate exercise in order to sustain an acceptable weight…. “You should eat to live, not live to eat”…. Ancient Greek saying….

Medieval times were once again a time for the rich to flaunt their wealth…. Huge banquets, tables laden with every meat and fowl dish conceivable at the time – it’s hardly surprising that the nobility got fat….whereas, the poor, with their limited staple diet of pottage, beans and bread – combined with their lifestyle of hard manual labour – remained skinny…. ‘Portly’ became associated with ‘wealthy’….

In 1558 Luigi Cornaro, a Venetian merchant, made the connection between healthy eating and a long life…. In his book ‘The Art of Living Long’ he recommended a diet high in fat and low in carbohydrates…. He lived until he was 100 – and his book is still in print today….

By the time the 1700s had arrived, thanks to an improving infrastructure the variety of food available to the general population had vastly increased; this in turn led to lass healthy diets for the masses…. As more and more sugary and fatty foods were being consumed, doctors began to advise eating little and often; small quantities of meat, plenty of vegetables and bran….and taking moderate exercise….

Now, where have we heard that advice before? In the up-coming second part of this blog we’ll have a little look at some of the ‘fad’ diets we have been familiar with in more odern times…. In the meantime – keep up the good work with those resolutions….