On this day in history : 8th June 793 – The beginning of the Scandinavian invasion of England, when Vikings raid the monastery of Lindisfarne off the coast of Northumbria….

Although cited as the beginning of the Viking Age, which saw a reign of terror which was to last the next 200 years, Lindisfarne was not the first raid…. Previously in 789 three longships had arrived at Portland, Dorset….and on being sent to fetch the ‘Northmen’ to the West Saxon Court the King’s reeve had been killed by the strangers…. Evidently coming in peace had never been their intention – but the raid at Lindisfarne, also known as ‘Holy Island’ had entirely different connotations – being the ‘very place where the Christian religion began in our nation’….

A monastery was founded at Lindisfarne around 634 by Irish monk Saint Aidan…. It became the Christian heartland where monks from the Irish community of Iona settled…. It was where Northumberland’s patron Saint Cuthbert was monk, abbot and then Bishop of Lindisfarne…. Where he died and was buried in 687 and his body revered as a saint – (his remains were later moved to Durham Cathedral)….

Lindisfarne lies in the North Sea, two miles off the Northumbrian coast – it is part of the county of Northumbria and is linked to the mainland by a causeway at low tide…. At the time it would have been wild, undefended and exposed….and totally unprepared for what was to come….

It has long been debated as to why the Vikings originally invaded England…. Possibly poor harvests in their own land had driven them further afield – but more likely they came to plunder to satisfy their own greed…. They could cross the North Sea in their longships in a matter of a couple of days to make a raid…. The attack on Lindisfarne was just the start of a long and terrifying plunderous campaign….the monks were either killed or taken as slaves and the monastery’s treasures carried away to the awaiting Viking ships…. 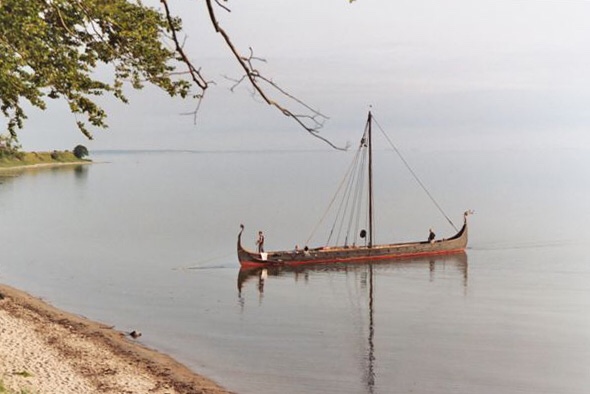 The news reached Alcuin, a Northumbrian scholar living in a Frankish kingdom where he was tutor to King Charlemagne’s children…. He recorded “The heathens poured out the blood of saints around the altar, and trampled on the bodies of saints in the temple of God, like dung in the street”….

Worried that this was a message of wrath from Divine Powers he wrote to Higbald, Bishop of Lindisfarne…. He questioned why God had allowed such a thing to happen in “a place more sacred than any in Britain”….and advised Higbald to examine his conscience…. “Is this the outcome of the sins of those who live there?”…. Was he referring to the murder of the Northumbrian king in 788 by a group of conspirators led by Sicga? – Who then in 793 ‘perished by his own hand’….but then had been carried to the Holy Island for burial – just six weeks before the Vikings struck….

Despite the attack at Lindisfarne a Christian community managed to survive…. Raids became more and more frequent – and by 850 Viking armies were over-wintering in the northern parts of England…. By 870 the invasion and conquering of Anglo-Saxon kingdoms had begun in earnest…. 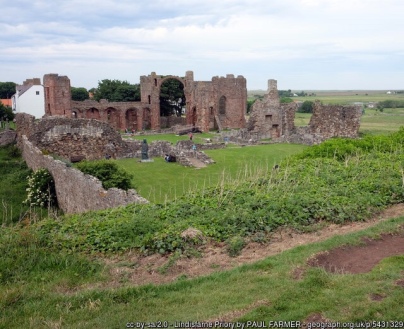 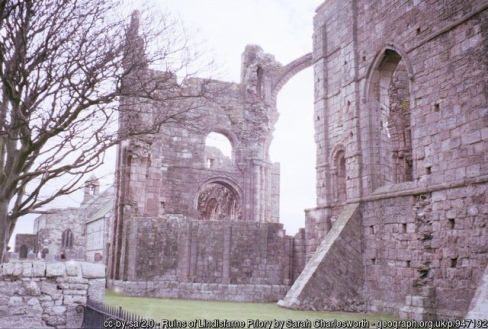