On this day in history : 13th August 1991 – The Prince of Wales resigns as the patron of Scotland’s National Museum after a row over a competition to design its new building….

It was not the first time Prince Charles had vented his opinions on modern architecture…. He had previously called the redesign of the National Gallery in London “a monstrous carbuncle”….

The Prince claimed the competition for the new building in Edinburgh did not allow for public consultation….

The winning entry, a five storey building made up of geometric forms, clad in golden Moray sandstone, was designed by London-based architects Gordon Benson and Alan Forsyth…. It was one of 400 entrants from all over the country….

The withdrawal of the Prince created problems for the museum’s trustees to secure funding for the new building – which cost £37m to construct and a further £18m for the interior…. It was opened by the Queen in November 1998 and on visiting early the following month Prince Charles refused to comment on the new building…. One of the winning architects stressed that the Prince’s objection was not aimed at the design itself but at the competition and the way the winner had been chosen….

In 1999 the Royal Fine Art Commission Trust awarded the building the Stirling Prize for the Best Building of the Year….

On this day in history….10th March 1988 – Prince Charles narrowly escapes death when an avalanche hits the royal ski party at Klosters, Switzerland….one of his close friends is killed….

The royal party consisted of the Prince of Wales, Major Hugh Lindsay, Mr and Mrs Palmer-Tomkinson, a Swiss policeman and Bruno Sprecher, one of the best local guides…. The Princess of Wales and Duchess of York were also on the holiday but were back at the royal party’s chalet in Davos….

Prince Charles and his friends were skiing ‘off piste’ – on one of the most difficult runs in the area – the Wang Run….on the steep slopes of Mount Gotschnagrat – which are among some of the steepest in Switzerland. This particular day was the first time the run had been opened that season….as it was rarely opened and considered to be suitable only for the most experienced of skiers…. Prince Charles being such a skier – having started to ski at the age of 14….

The previous day had seen a fresh snowfall and snow had built up on the mountain….but there had been no avalanche warnings issued…. At 2.45pm the avalanche started some 100 feet above where the party were skiing…. Prince Charles and most of the others managed to ski to safety – but Major Lindsay and Patti Palmer-Tomkinson were caught in it….and plunged 400m down the mountainside….

Once the avalanche had passed the party including the Prince of Wales desperately tried to help them – digging at the snow with their hands frantically trying to free them…. Both were airlifted by helicopter to Davos hospital….where Major Lindsay was pronounced dead…. Patti Palmer-Tomkinson suffered severe leg injuries….

Price Charles had lost one of his close friends…. Major Hugh Lindsay was 34-years-old and former equerry to the Queen…. Having accompanied Her Majesty on many official engagements he was one of her favourites…. He had been married only two years and his wife was expecting their child in May…. Prince Charles, the Princess of Wales and Duchess of York flew back to RAF Northolt with Major Lindsay’s coffin…. The Queen sent a private message of sympathy to his widow…. 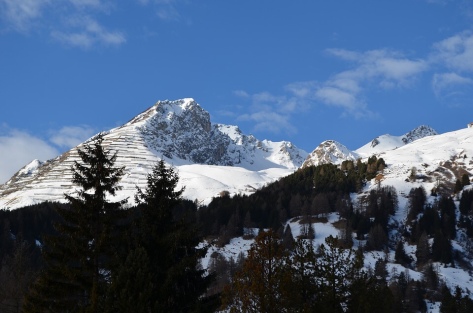 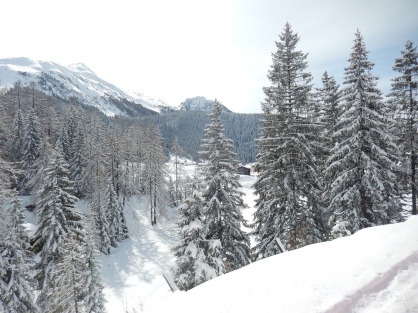