Here in the UK about a third of us can be classified as ‘collectors’ – and we are far from being alone – all across the World there are like-minded people adding to their own accumulations; a collection of collections which is more diverse and varied than most of us can possibly imagine….from the simple, to the sublime, to even the outright bizarre….

For many of us, collecting is something that begins in childhood; it may be trading cards, Lego, stamps, Barbie dolls – whatever captures the young imagination…. For my son, in his infant days, it was an insatiable appetite for Thomas the Tank Engine – we still have a huge stash of die-cast models up in the loft (I think he’s quietly hoping they may one day increase in value)…. Later he moved on to Lego – I’m currently badgering him to do something about his hoard – it is surprising how much space it takes up….

The thrill of coming across that elusive Pokémon card or that hard to find action figure….that feeling of satisfaction…. Of course, those feelings don’t necessarily disappear upon reaching adulthood, very often we elevate to more elaborate things to amass – frequently with a passion and sometimes even with an obsession….

It is only over the last 150 years or so that everyday people have begun to collect. More disposable income, an increase in leisure time, the advent of consumerism and having more personal space has allowed the magpies amongst us to indulge our whims….

In 1892 the US Mint produced its first commemorative coins, to celebrate the 400th anniversary of Europeans arriving in the Americas. Nowadays, the commemorative coin market is worth a mint in itself…. Obviously it’s not just coins that are produced purely for the collector; plates, figurines, stamps, soft toys, t-shirts – the list is endless…. Memorabilia is another area that often attracts – be it a Royal wedding or maybe a national event, people like souvenirs…. I doubt if there are many households in Britain that don’t have at least one mug, spoon or plate commemorating the Queen’s Golden Jubilee….

Then there’s celebrity memorabilia; an autograph (or more likely these days a selfie with one’s favourite celeb), perhaps a lock of hair, underwear…. Yes! I’m serious – a quick on-line search might well reveal just how much a famous person’s knickers can fetch….

Household trade brands were quick to recognise the potential of producing relative paraphernalia – often involving trademark characters, such as Homepride’s Fred, Robinsons Gollies – or what about those Natwest Piggies so many of us aspired to – how could we ever forget those?… 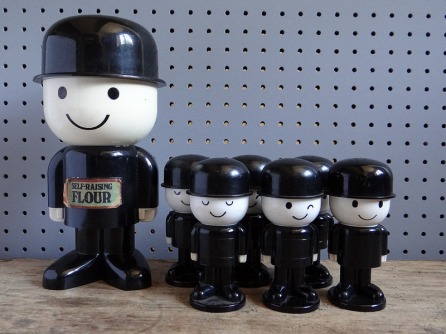 Personally, I am old enough to remember a time before teabags became the norm…. I recall, as a nipper, hanging around excitedly when my mother opened a new packet of tea – waiting to see what the enclosed card would be…. I never took it as far as trying to complete a set – but plenty of people did – what a brilliant way for companies to ensure customer loyalty…. Cigarette cards were another biggie of the time – smoking may no longer be in vogue but those cards have managed to remain a mainstay in the world of collecting….

Sometimes a craze takes the Planet by storm; one particular one that springs to mind is the Beanie Baby phenomenon back in the late 90s…. At the time I had two gift shops and stocked the collectable little bean bags…. When a new delivery came in, very often it became what can only be described as pandemonium…. I have witnessed grown adults fighting over some of the more desirable of what were essentially intended to be children’s toys…. Such was the secondary market that certain Beanie Babies changed hands for hundreds, sometimes even thousands, of pounds…. I feel a little embarrassed to admit I still have a large collection myself, taking up room at my mum’s house (and I have the audacity to complain about Jordan’s Lego)….

Sometimes companies will collaborate and work in affiliation with each other; sticking with the Beanie Baby theme, Ty and McDonald’s did just that – with a range of Teenie Beanies produced for McDonald’s Happy Meals…. Collecting the free toys given away with Happy Meals is in itself a pastime enjoyed by many – but did you know, Mike Fountaine, owner of McDonald’s, has over 75,000 pieces of memorabilia from his World famous burger restaurant chain, occupying 7,000 sq ft of his home?…

Of course, collecting is a very personal thing – maybe it could be a preference for a certain kind of animal: cows, owls, cats, dogs, ducks etc etc…. Sometimes collections happen by accident…. Having acquired a spinning wheel, which resides in our sitting room, it has over the last few years become home to an array of various ornamental sheep…. Naturally, when it becomes known that someone has a collection of a particular item (or theme), they can expect to receive related gifts, when it comes to birthdays and other such occasions….

Soft toys are often a popular thing to collect, perhaps because they have a nostalgic link to our childhoods; characters such as Winnie the Pooh are always a favourite. Dolls such as Barbie or Raggedy Ann remain firm contenders – Troll dolls are another example; one collector, Sherry Groom, has more than 3,500…. Then there’s the occasional quirky collectors….one couple own 240 blow-up dolls (yes, you know the ones)….they like to dress them and treat them like members of the family….

Me, I’ve got a soft spot for teddy bears…. There’s not a room in this house that doesn’t have at least a couple of bears lurking somewhere…. My weakness is for those German bears with the tag in the ear…. 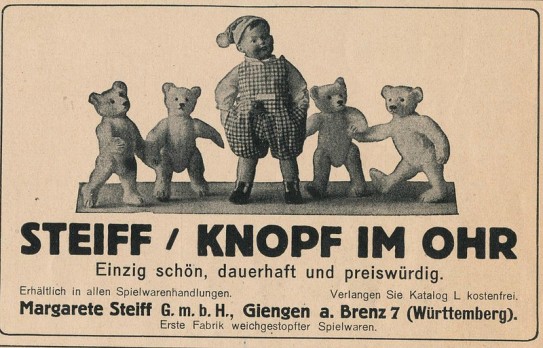 To be honest though, I find it hard to resist any bear…. My collection will never rival that of Jackie Miley though, who has over 7,000 of our furry friends…. The other collection that appears to be growing in this household is themed around witches – there seems to be at least one of those in every room too…. now, I can’t think why – but there again I do believe there are those who consider I might be one….

Sometimes people may accumulate things associated with their profession, be it of a humorous nature or more directly connected….maybe vintage tools of the trade or examples of the end product…. Former milkman, Paul Luke, boasts over 10,000 different types of milk bottle….

Men and women are equally likely to collect….occasionally crossing the stereotypical boundaries….  Perhaps the largest collection of women’s dresses belongs to German, Paul Brockman – who owns more than 55,000 of them – (although in his defence, he claims they are for his wife)…. Now, there’s one wardrobe I wouldn’t mind having a rummage through….

Housing large collections can cause a few headaches – especially for those living in the same space as the collector. Sure, there are those lucky enough to be able to devote an entire room to their passion but for many every available nook and cranny gets taken over. I wonder where Valli Hammer keeps 2,450 rubber ducks and where does UK’s David Morgan store his 137 traffic cones? Then there’s Russian Grigori Fleicher with over 1,300 toothbrushes and the Dutch collector who has more than 6,000 air-line sick bags….

There is no end to the odd things people collect…. I found a huge quantity of shower caps acquired from hotels, whilst helping to clear my mother-in-law’s house…. My own mum used to save those little sticky labels that often come attached to individual fruit and vegetables…. She used to stick them to the inside of a kitchen cupboard door and over time built up quite a collage of them…. Collecting is such an individual thing, it can be whatever captures the heart – like Italian David Andreani, who has Coca Cola cans from nearly every country in the World; or Carsten Tews from Germany, with over 1,500 different mobile phones….

Then there is the more bizarre…. Graham Barker collects belly button fluff….his own admittedly; he began accumulating it in 1984 and now has over 21 grams of the stuff stored in jars…. Or how about a hoard of 24,999 toe nail clippings? Gathered for a scientific study in 2013, this has to be one of the more gruesome accumulations….

There are those who particularly like gruesome or even ghoulish…. Victorian surgeons’ equipment is an area some find interesting – but how about corpse tattoos? Tattoos are  removed from dead bodies, preserved with mummification and stretched so they become translucent and are presented mounted under glass…. Or what about murderabilia? Artwork produced by convicted serial killers….it might sound like a very odd thing to collect but it is extremely popular on-line….

Then there’s those who collect things that many of us may find very distasteful…. I used to work with a chap who had an interest in Nazi memorabilia. He used to wear a ring which he claimed was made from gold taken from the teeth of victims of the Holocaust – I personally found that absolutely horrifying and abhorrent….

On a lighter note – I naturally come into contact with many a collector through my line of work…. Being a dealer in vintage/antique I am often asked if I ever come across certain items and pieces – I have met some fascinating people and it never ceases to amaze me to the variety of things folk choose to collect…. For every person who collects something, from the man who acquires vintage cars to the woman who accumulates kitchenalia….they do it for a reason….it gives them pleasure. Some may not understand, how what to them is an ordinary and mundane object, can be another’s passion – take for example those who collect antiquities – I, for one, totally get that – (well, I would wouldn’t I)? I hope long may they continue to enjoy their passion – purely for selfish reasons – it gives me an excuse to continue indulging my own – one which I’m also lucky enough to call my job….